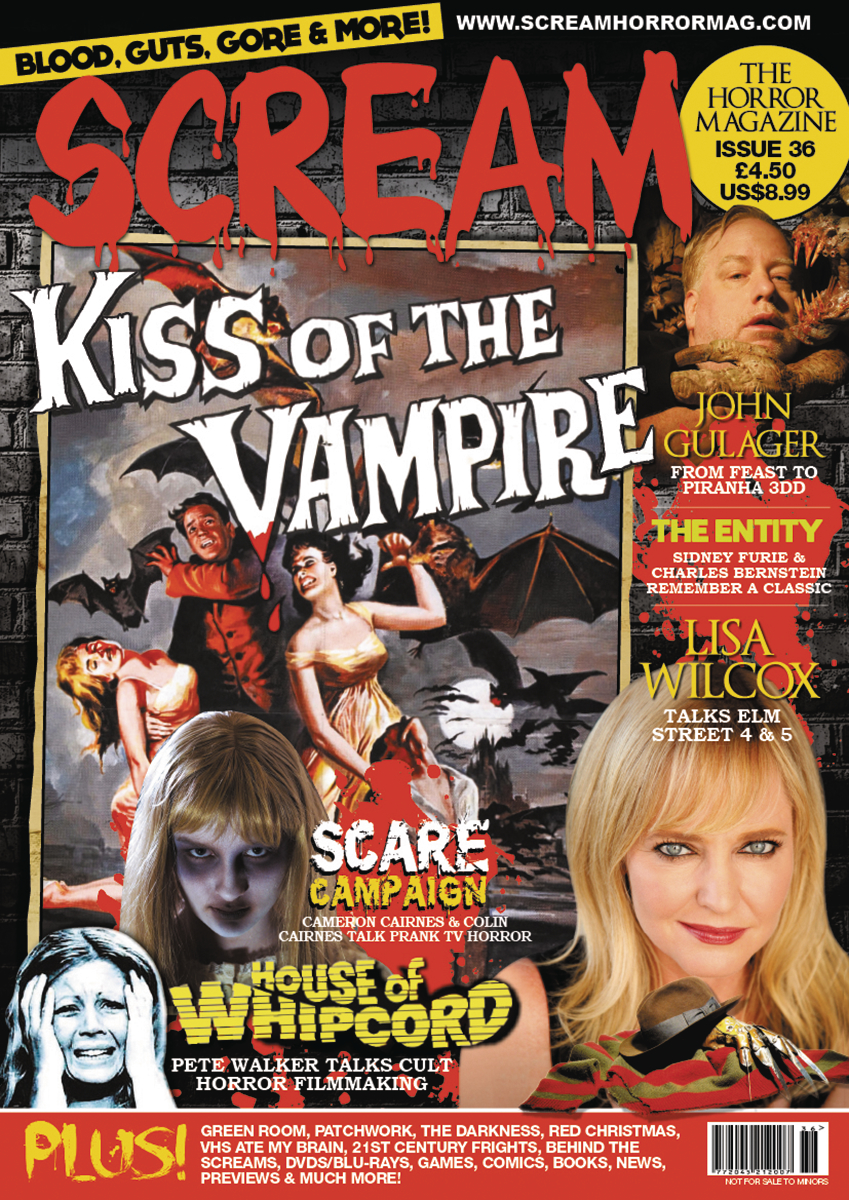 MAY162095
In the latest issue there is a big retrospective feature looking back at Hammer Films Kiss of
the Vampire, exclusive interviews with the director and composer from the 1981 Hollywood supernatural classic The Entity, British Cult Filmmaker Pete Walker gives readers the exclusive on his past classics such as House of Whipcord and House of the Long Shadows, Hollywood director turned occasional actor John Gulager discusses The Feast movie franchise, and Lisa Wilcox is interviewed about her roles in A Nightmare on Elm Street Parts 4 and 5.
In Shops: Aug 10, 2016
SRP: $8.99
View All Items In This Series
ORDER SUBSCRIBE WISH LIST