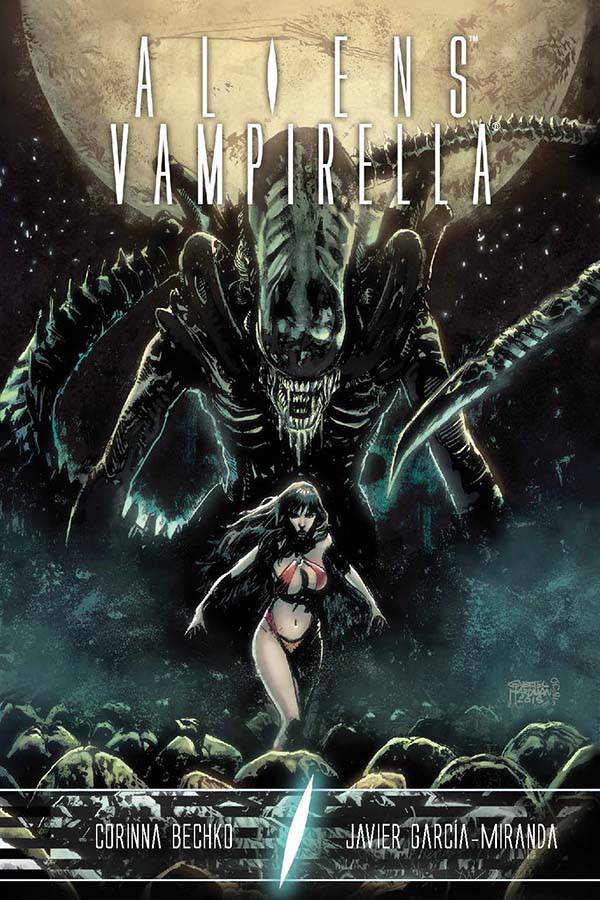 #
MAY161390
(W) Corinna Bechko (A) Javier Garcia-Miranda (CA) Gabriel Hardman
Two iconic horror franchises collide, as Vampirella - the fan-favorite supernatural heroine - faces the most nightmarish creatures ever to appear in cinema: the Xenomorphs from Alien! As the first human colony on Mars digs deeper into the crimson soil, they discover the catacombs of a hibernating civilization, tens of thousands of years old. The evidence suggests that they are Nosferatu, an ancient and sinister species that Vampirella is all too familiar with. Called to the Red Planet to investigate, the monster hunter and her human allies find a chamber with hundreds of ellipsoidal, leathery eggs... and after they hatch, the true horror begins. In space, no one can hear Vampirella scream!
In Shops: Jul 06, 2016
SRP: $24.99