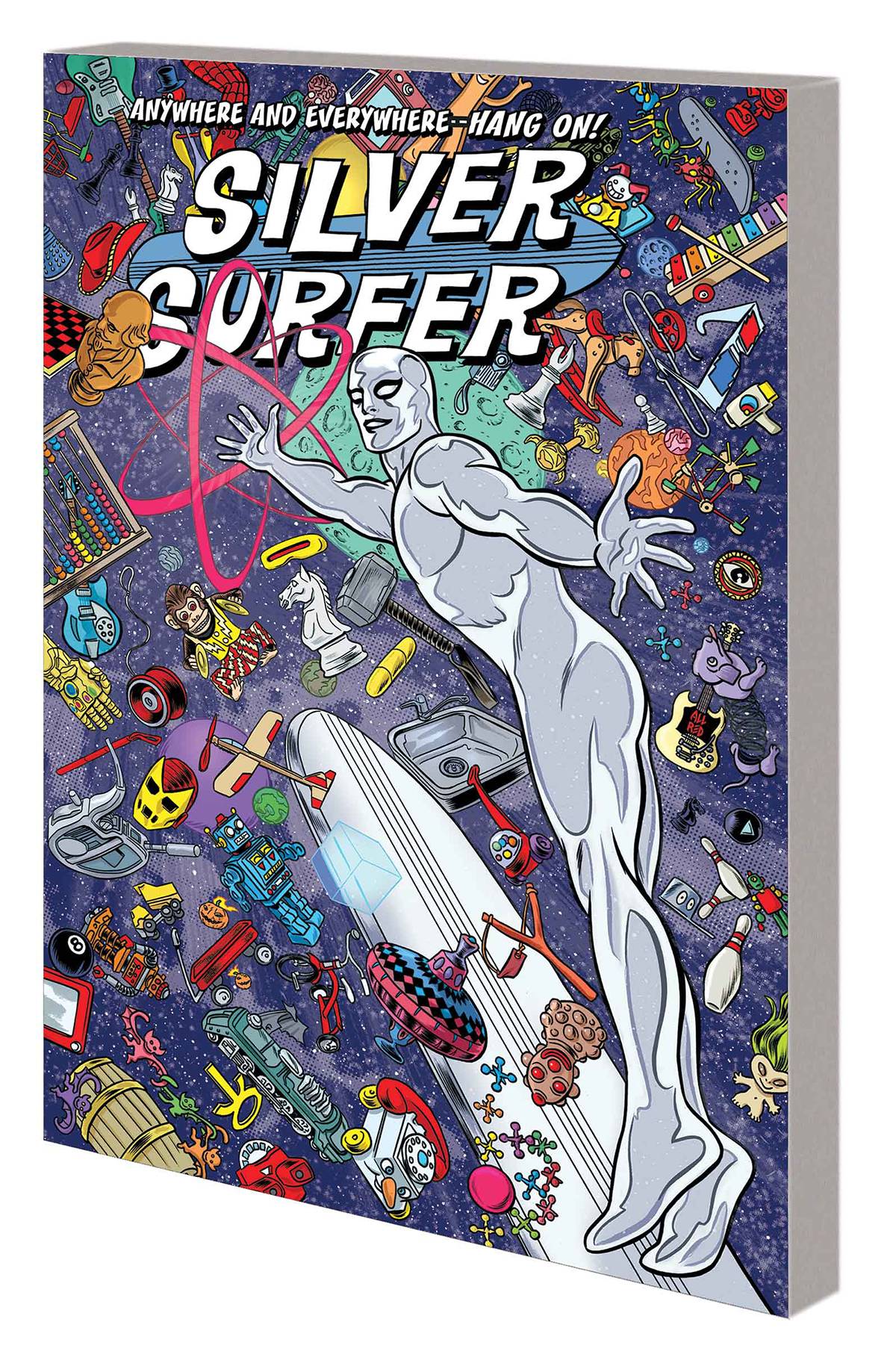 #
MAY160927
(W) Dan Slott (A/CA) Mike Allred
Everything changes for the Silver Surfer! He's taken Dawn Greenwood to the end of the universe, and now it's time to show her the most fantastic planet of all: Earth! But how will this trip lead to a fight with the ever-lovin' blue-eyed Thing? Who is Alicia Masters, and why has the Surfer never mentioned her to Dawn? And what action could put him in the sights of Earth's Mightiest Heroes? The Silver Surfer will be made to pay the price, but will any allies still stand at his side? Whatever happens, there may be worse devastation to come that could leave Dawn scarred for life! Featuring the Thing, Spider-Man, the Avengers and more major players, it's a mythic tale in the Mighty Marvel Manner that celebrates the Surfer's 50th anniversary! Collecting SILVER SURFER (2016) #1-6.
Rated T+
In Shops: Sep 28, 2016
SRP: $19.99
View All Items In This Series
ORDER WISH LIST