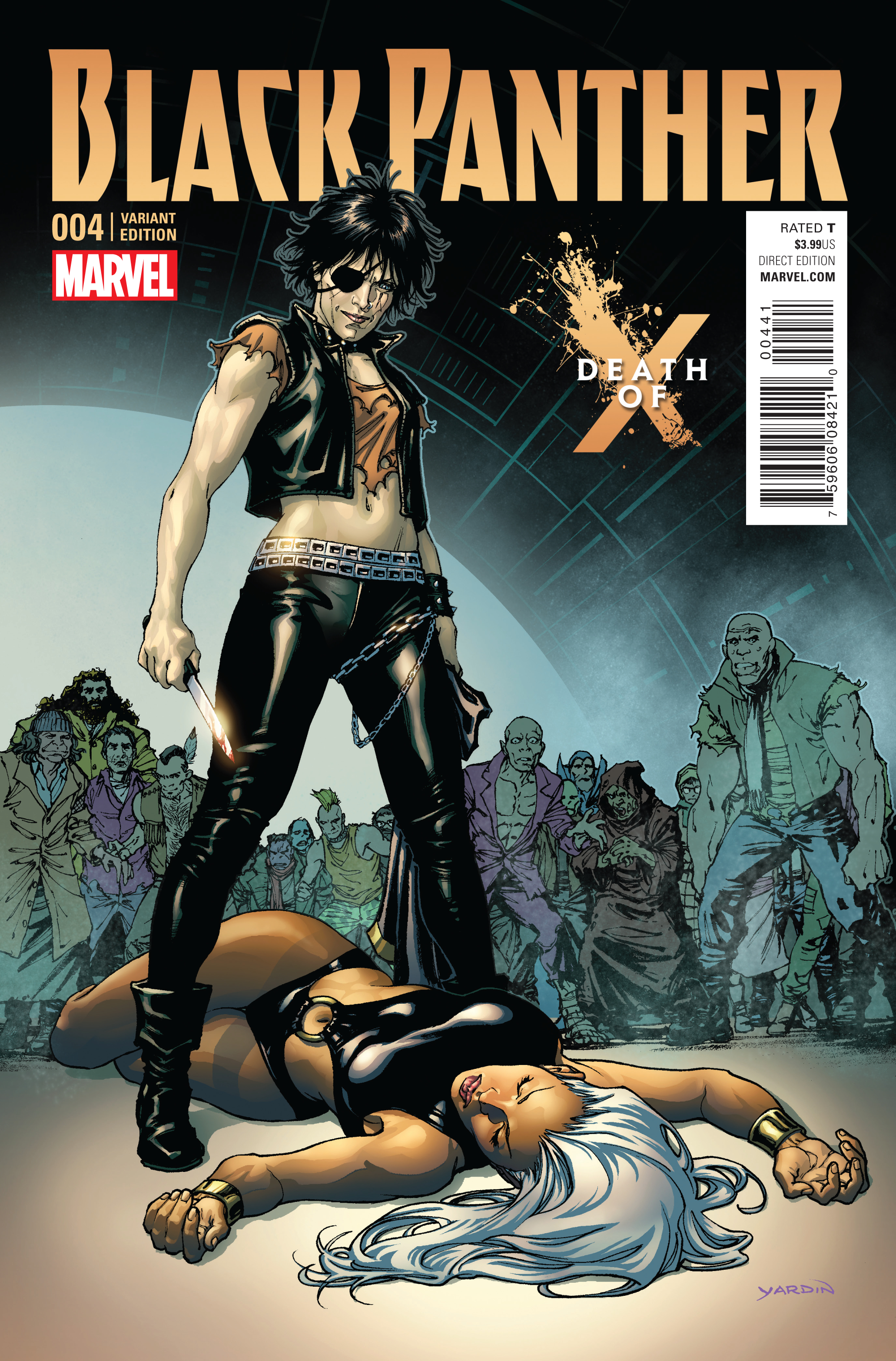 MAY160861
(W) Ta-Nehisi Coates (A) Brian Stelfreeze (CA) David Yardin
• "A NATION UNDER OUR FEET," the first arc of the new hit BLACK PANTHER series, comes to a startling conclusion!
•  Suicide bombers terrorize the people of Wakanda, further eroding any last bits of goodwill towards the royal family...
•  T'Challa struggles to unite his citizens, who are choosing to side with Zenzi and The People in growing numbers...
•  A familiar villain reveals his part in T'Challa's current ruination...and it's not who you think!
Rated T
In Shops: Jul 27, 2016
SRP: $3.99
View All Items In This Series