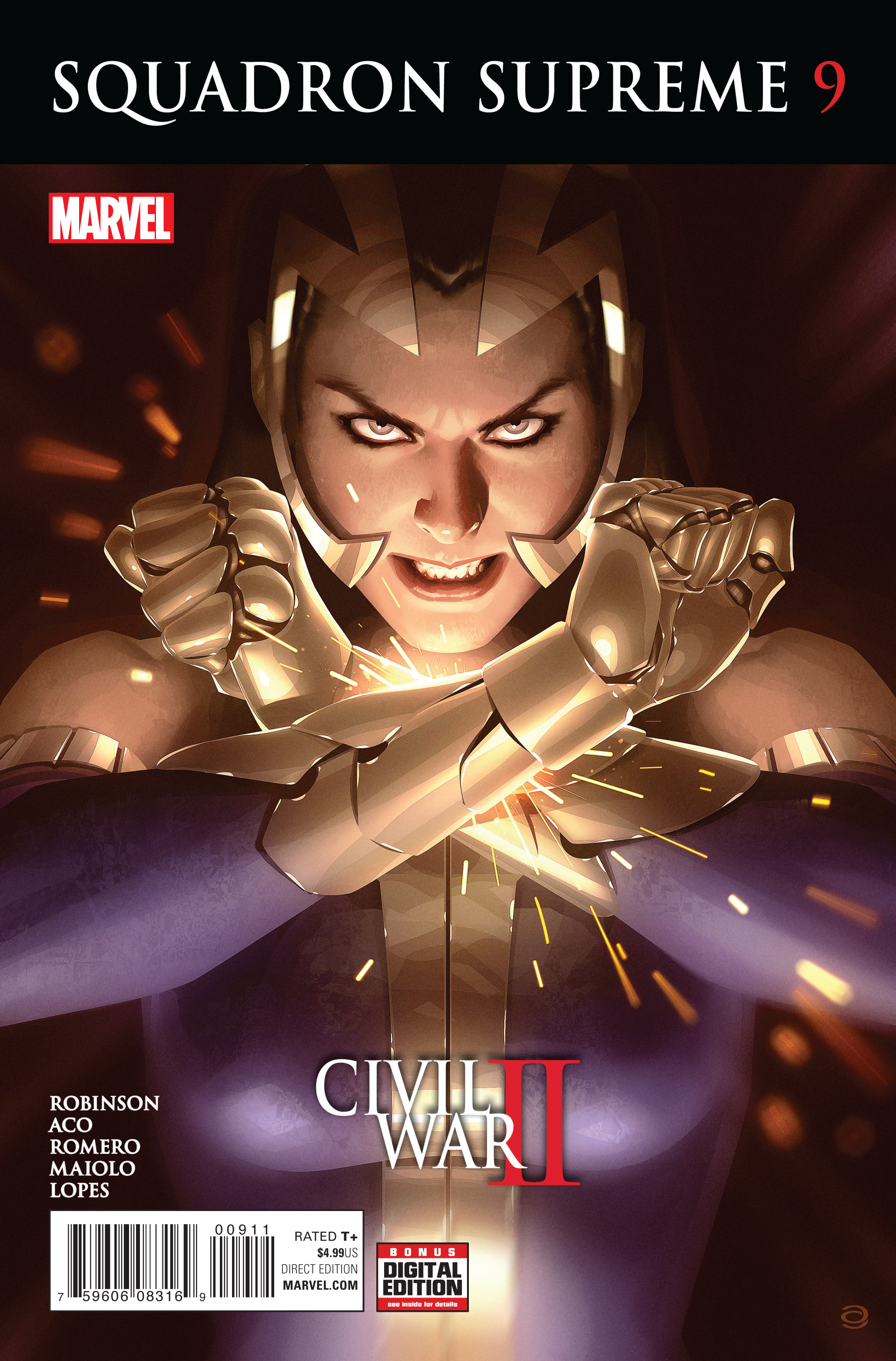 MAY160772
(W) James Robinson (A) Leonardo Romero, Aco (CA) Alex Garner
CIVIL WAR II TIE-IN!
OVERSIZED WARRIOR WOMAN Spectacular!
•  Now that Warrior Woman has revealed her true identity to the Squadron Supreme, we focus on her life - her past, present and future - in a special solo issue.
•  Now the ruler of her own country and sovereign leader of the Alien Myriad, Warrior Woman plans an even greater feat of world conquest. But to do this, it will first require a vision from the Profiler...
•  ...and the resurrection of Namor, the Sub-Mariner.
•  Also, learn the surprising fate of the Power Princess whose identity Warrior Woman stole.
•  A CIVIL WAR II TIE-IN AND PRELUDE TO THE NEXT MAJOR STORY ARC "FINDING NAMOR."
Rated T+
In Shops: Jul 20, 2016
SRP: $4.99
View All Items In This Series