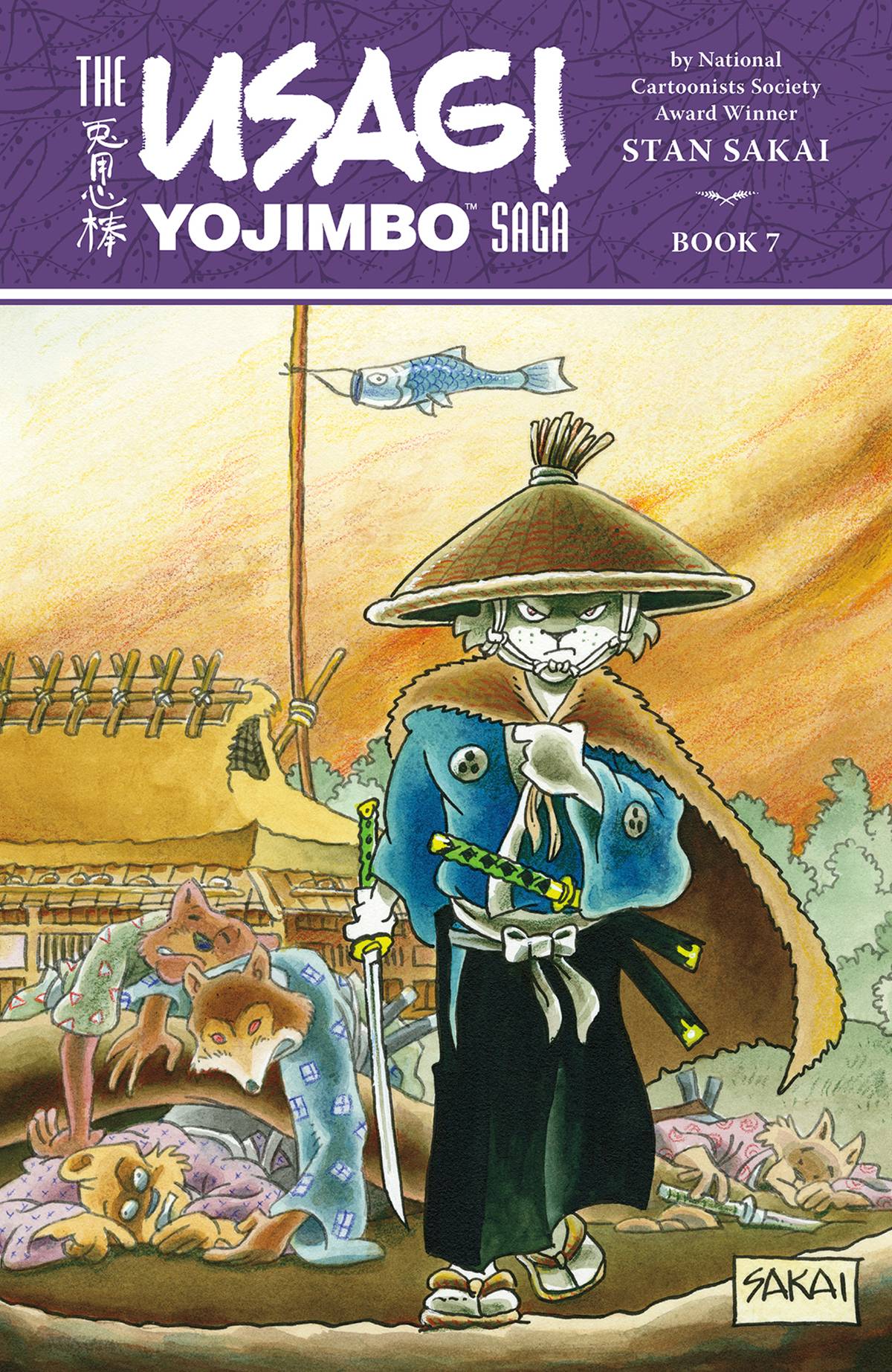 #
MAY160048
(W) Stan Sakai (A/CA) Stan Sakai
This seventh volume includes "Traitors of the Earth," in which Usagi faces the undead, "A Town Called Hell," wherein Usagi is caught between two competing gang lords, "Those Who Tread on the Scorpion's Tail," which pits Usagi against the notorious Red Scorpions, and more!
Collects Usagi Yojimbo Volume Three #117-138 and the Free Comic Book Day 2009 story "One Dark and Stormy Night."

"One of the longest running series in comics, the quality of the narrative still remains undeniably high."-Paste Magazine
In Shops: Sep 21, 2016
SRP: $24.99
View All Items In This Series
ORDER SUBSCRIBE WISH LIST