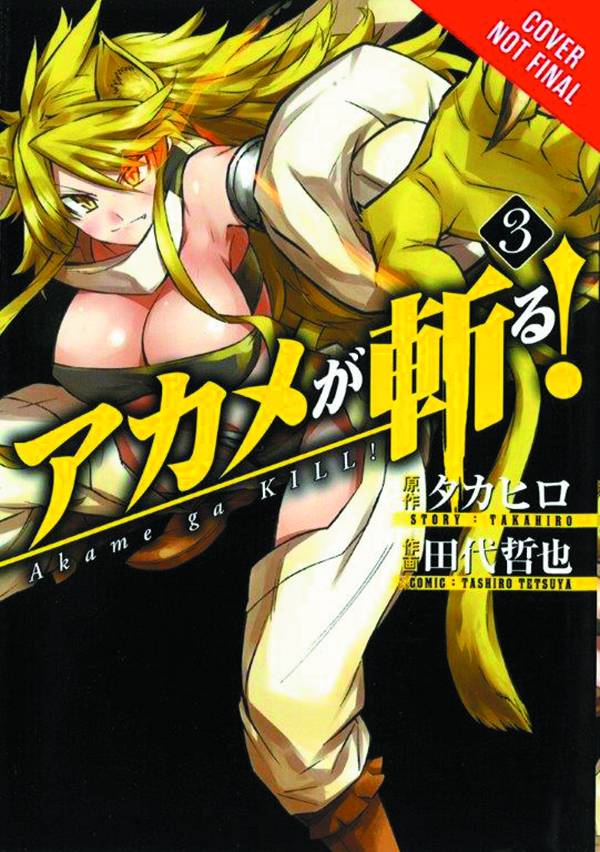 #
MAY151681
(W) Takahiro (A/CA) Tetsuya Tashiro
Tatsumi's fantasy of leading a righteous assassin's life is brutally shattered when Sheele is lost in battle. But though Tatsumi resolves to stand tall against his sorrows, a new group of Teigu Wielders appears before him: the Three Beasts! In the battle between Teigu, where there can be only one victor, who will fall prey to death?
In Shops: Jul 22, 2015
SRP: $13.00
View All Items In This Series