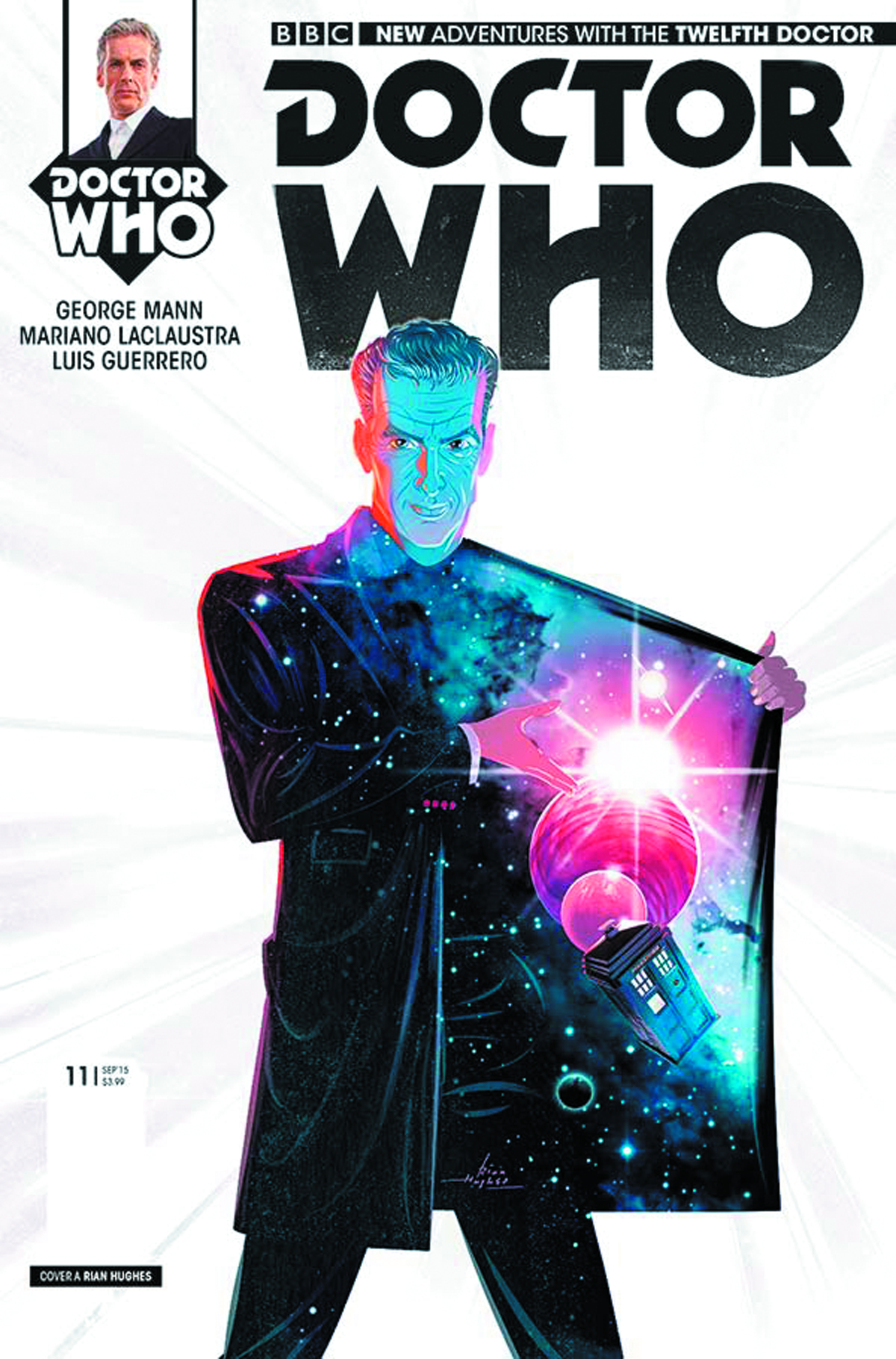 MAY151539
(W) George Mann (A) Mariano Laclaustra, Nelson Pereira (CA) Rian Hughes
George Mann, the best-selling novelist behind the New York Times-bestselling Doctor Who: Engines of War and the Newbury and Hobbes series, joins the ongoing twelfth Doctor series for an extremely special issue! Mariano Laclaustra joins him in his first solo outing! Fresh from their adventures in Las Vegas, the Doctor and Clara are eager for a change of scenery, but their next destination aboard the TARDIS will prove a shocking change of pace! And coming up next issue: post-event, the twelfth Doctor's first year in comics concludes, with the return of a cosmic foe and a four-part epic climax to our first year by Robbie Morrison, Daniel Indro and Slamet Mujiono!
In Shops: Sep 09, 2015
SRP: $3.99
View All Items In This Series