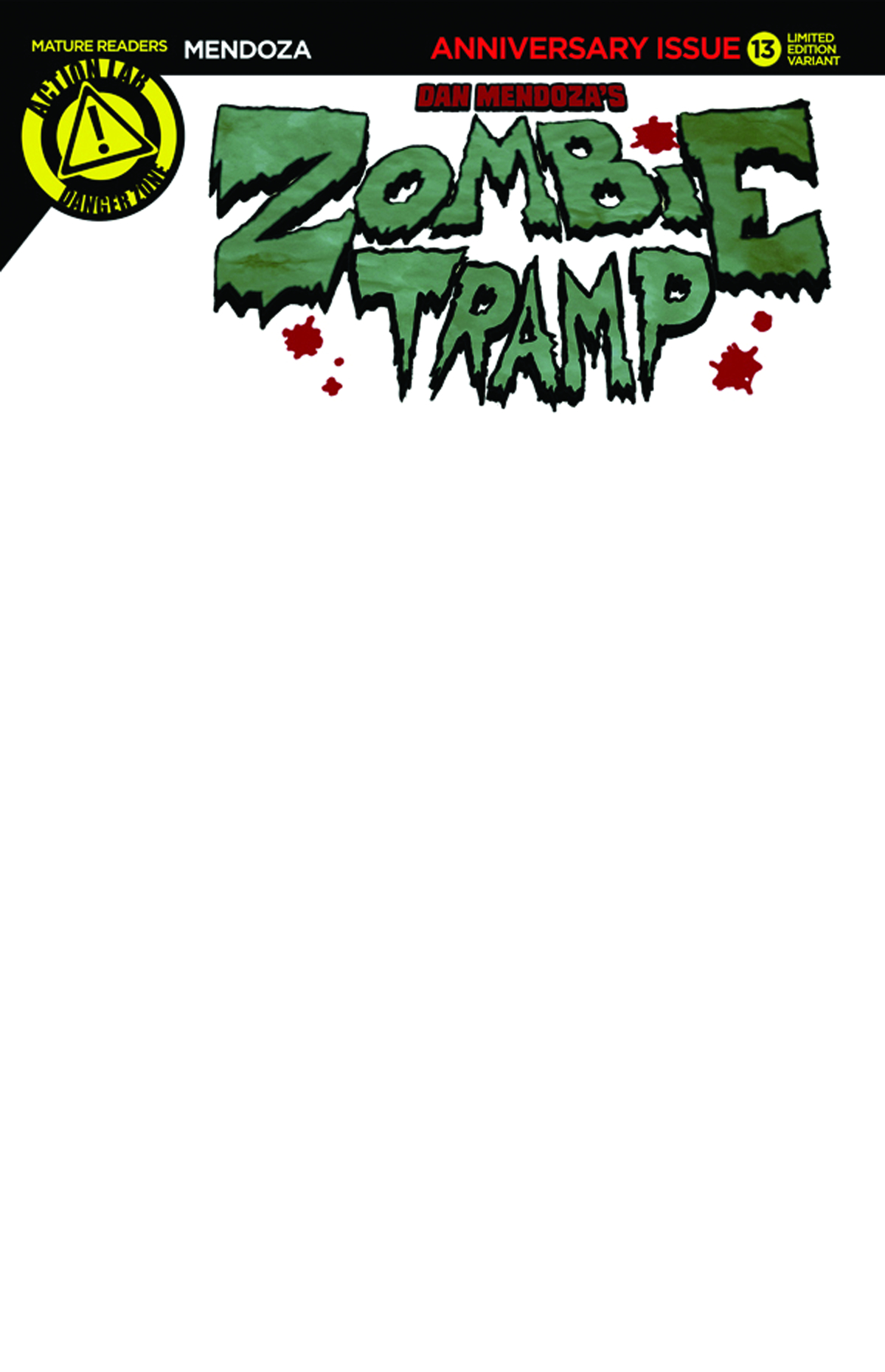 MAY150879
(W) Dan Mendoza (A) Dan Mendoza (CA) Blank Cover
Special anniversary issue - Dan Mendoza returns for the one year anniversary of the ongoing series in a special issue written and drawn by the Zombie Tramp creator himself. As Janey makes her way to Florida for vengeance, she's offered a chance at forgiveness to one of those that wronged her and set her on her twisted path.