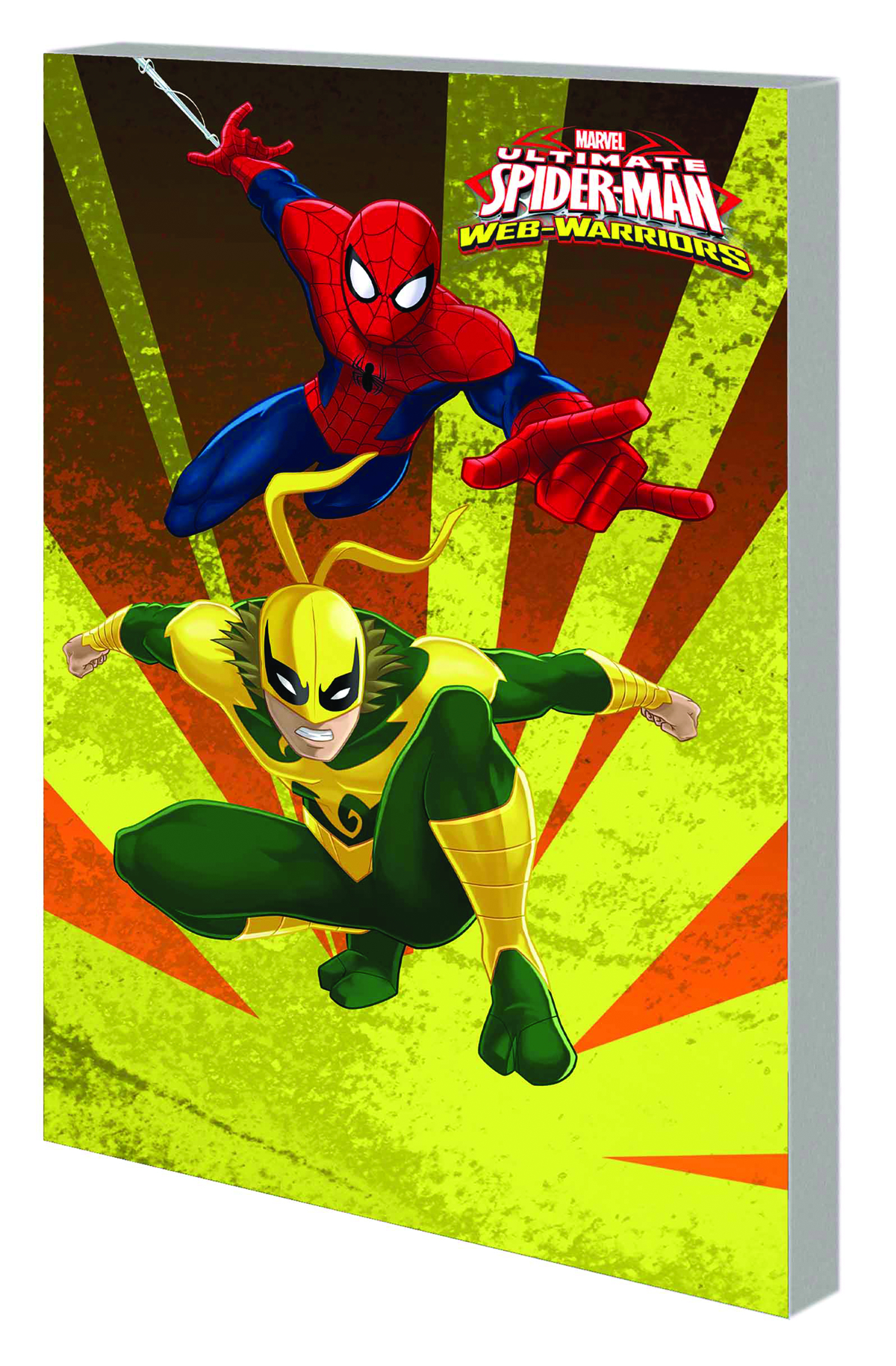 MAY150841
Featuring screen-capture images from MARVEL'S ULTIMATE SPIDER-MAN: WEB WARRIORS
Spider-Man teams up with the Marvel Universe's greatest heroes in stories straight from the smash hit DISNEY XD animated series!
•  Spider-Man journeys to the fabled city of K'un Lun to aid Iron Fist. But when Spidey takes Fist's place in a combat tournament, he faces a powerful warrior known as the Scorpion!
•  Spidey and the Hulk switch minds! And as the web-swinger goes on a rampage, the Incredible Spider-Hulk takes on the Thing!
•  The Lizard has made his lair in the sewers beneath Midtown High! Spidey and Mary Jane must venture into the depths, aided by the Janitor Stan (The Man!)
•  Envious of the carefree Deadpool, Spider-Man spends some time with the madcap mercenary. But he's about to learn just how serious Deadpool's life can be!
Collecting MARVEL UNIVERSE ULTIMATE SPIDER-MAN: WEB WARRIORS #5-8.
All Ages
In Shops: Aug 19, 2015
SRP: $9.99
View All Items In This Series
ORDER WISH LIST