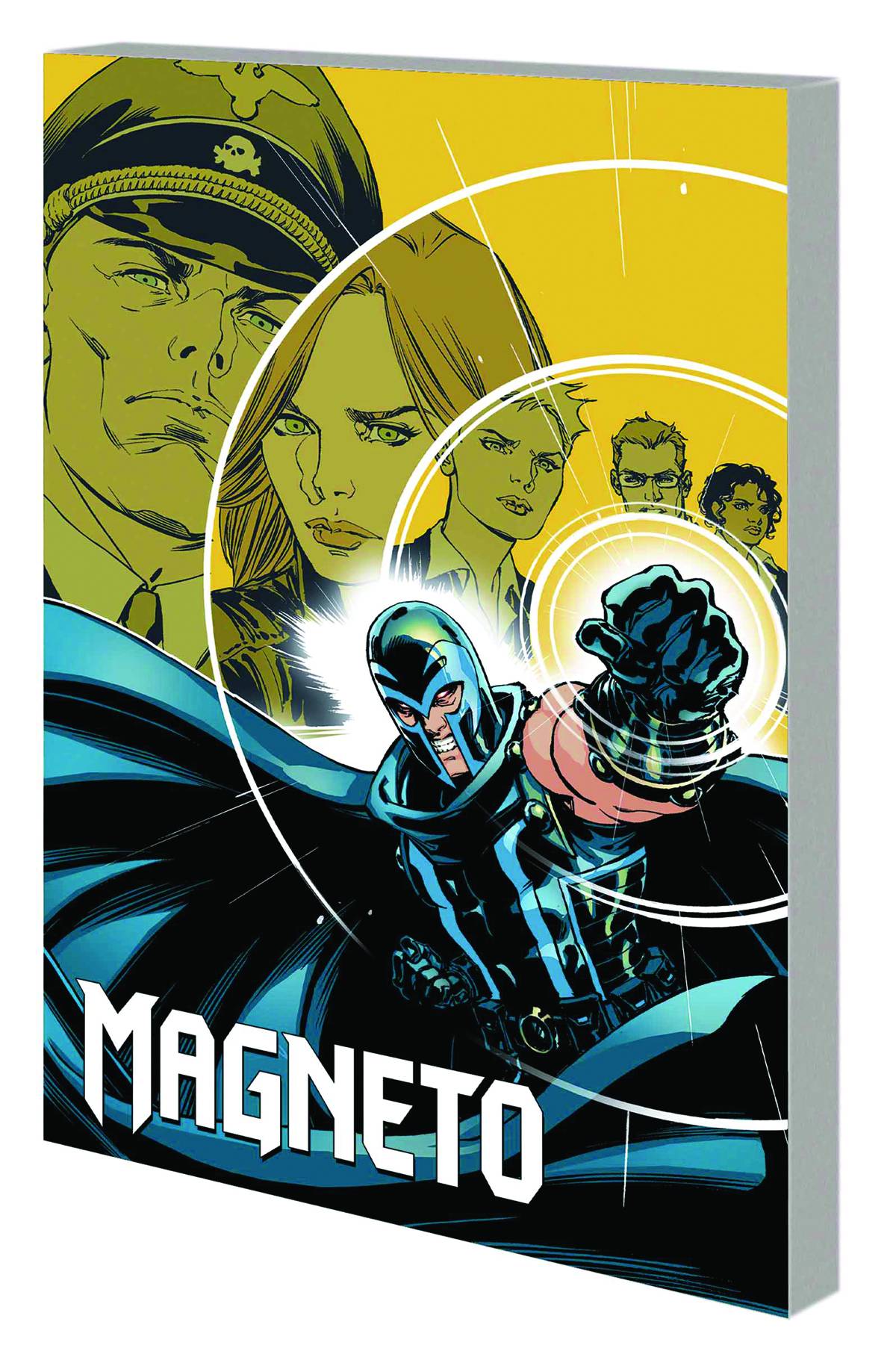 #
MAY150829
(W) Cullen Bunn (A) Gabriel Hernandez Walta (CA) David Yardin
As Magneto tries to forge a new stronghold on the devastated island nation of Genosha, the backdrop for his greatest triumphs and most devastating tragedies, he finds himself confronted by S.H.I.E.L.D.! But what ace does Magneto have up his sleeve that might allow him to turn the tables? In the wake of AXIS, Magneto had gathered a group of wayward mutants together on Genosha. But now someone is hunting and killing those mutants one by one, right under his nose. And that someone happens to be the one man Magneto fears most! To save his people, Magneto must banish every demon who might oppose him. But as his foes mount, he soon finds that some demons are more persistent than others. And what are the true intentions of Magneto's "steadfast ally," Briar Raleigh? Collecting MAGNETO (2014) #13-17.
Parental Advisory
In Shops: Jul 29, 2015
SRP: $15.99
View All Items In This Series
ORDER WISH LIST