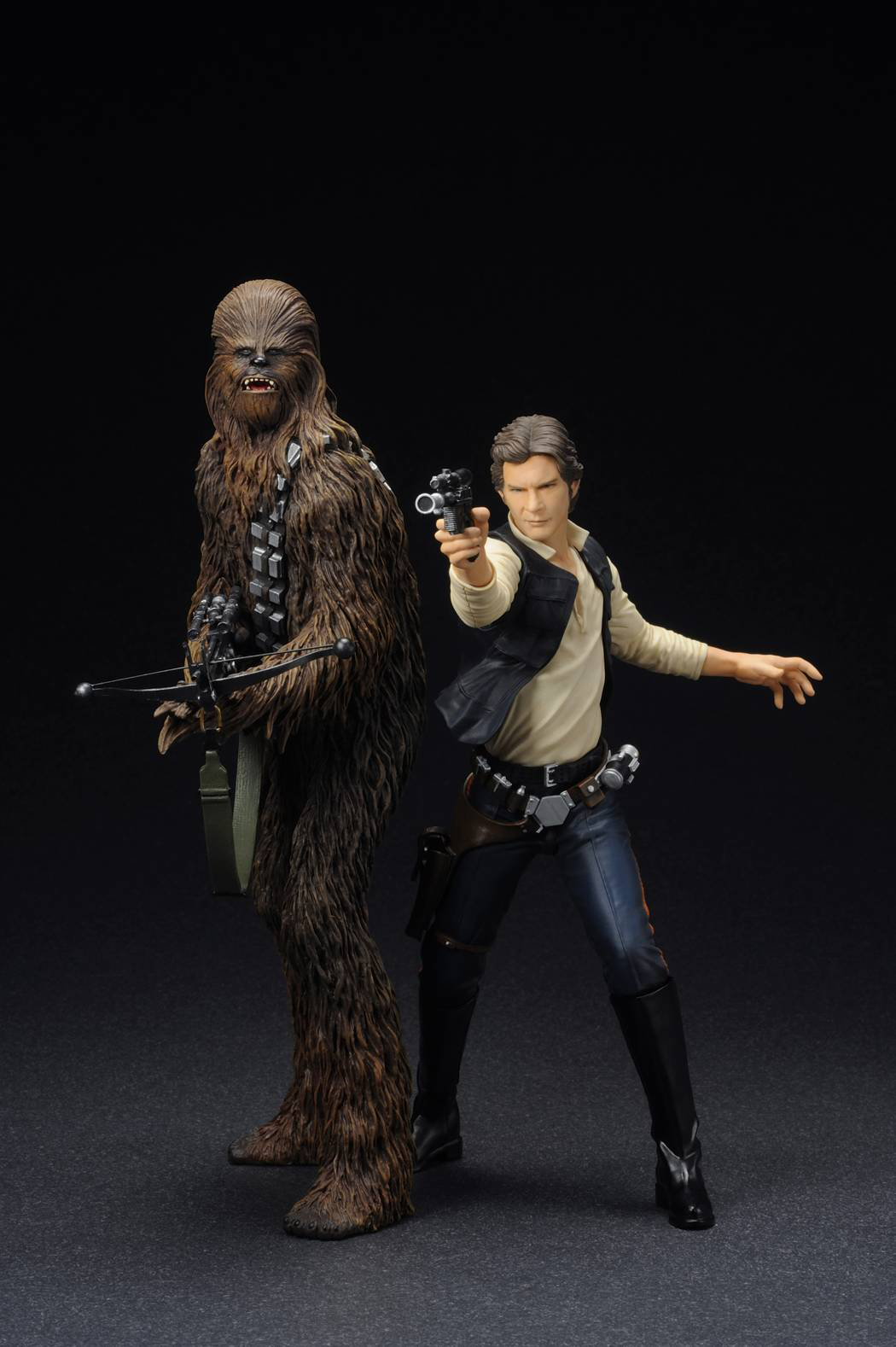 MAY142514
A KOTOBUKIYA Japanese import! The incredible Star Wars ARTFX+ lineup has already featured some of the most iconic heroes and villains from the Star Wars films, and now it expands to an epic team up of two of the most popular characters of all time, HAN SOLO & CHEWBACCA!  Jumping straight out of Episode IV: A New Hope, the inseparable smuggling duo stands side by side ready to take on the forces of the evil galactic Empire.  Literally from different worlds (Corellia and Kashyyyk), Han Solo and Chewbacca formed an unlikely yet lasting friendship that would resonate with fans from their first appearance.