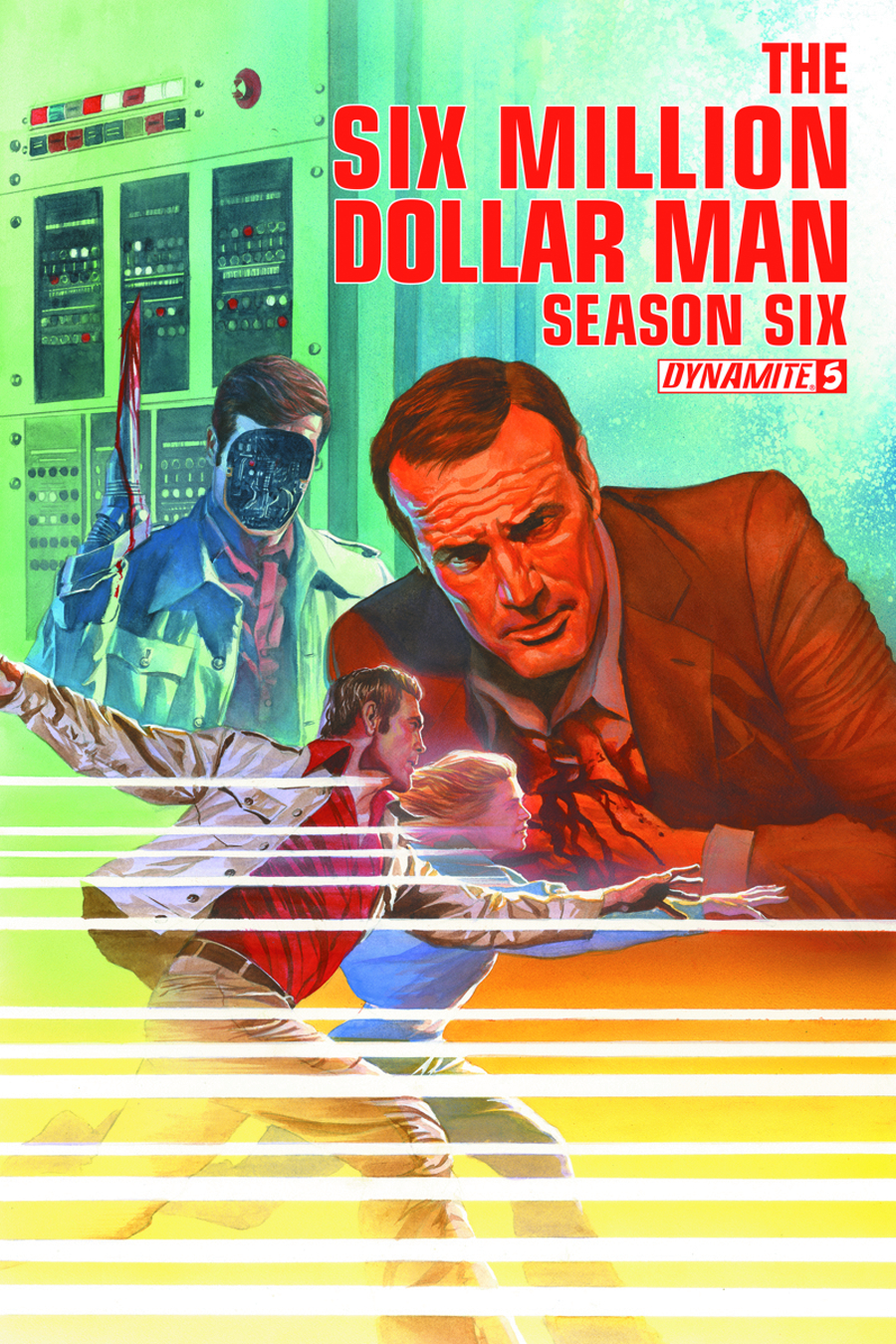 MAY141358
(W) James Kuhoric (A) Juan Antonio Ramirez (CA) James Kuhoric
The world is falling apart around Steve Austin.  Maskatron is out of control and appears to be unstoppable.  Oscar Goldman's carefully crafted OSI kingdom is in shambles.  And with his bionics failing and the entire NASA program transformed into an alien landscape, the Six Million Dollar Man could be heading for the scrapheap.  The key to Steve's survival may rest with the one person closest to him, Jaime Sommers, the Bionic Woman!  Join the ranks of bionic fans in this official continuation of the classic Six Million Dollar Man television series!
In Shops: TBD
SRP: PI
View All Items In This Series