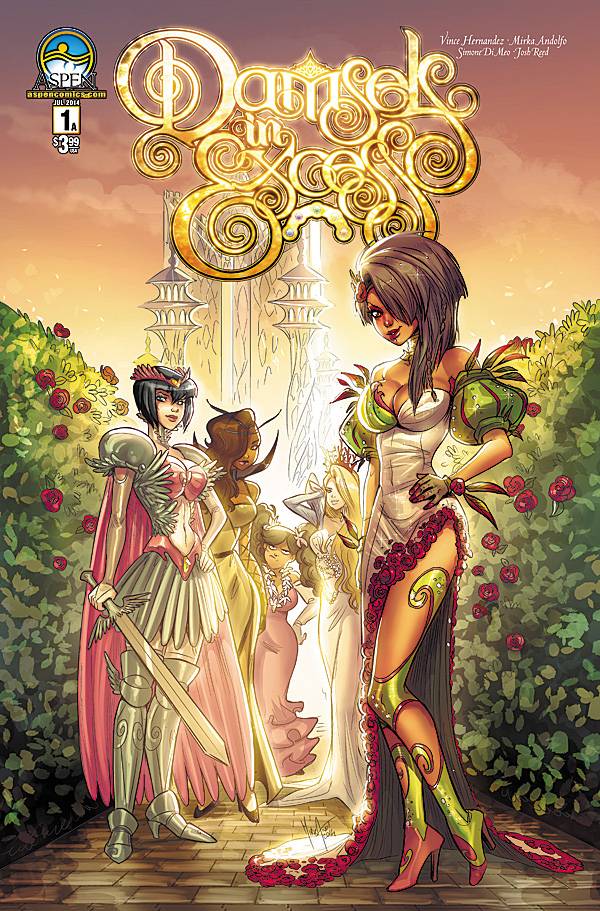 #
MAY141042
(W) Vince Hernandez (A/CA) Mirka Andolfo
Five realms. Five princesses. Zero men.
In the land of the Five Realms, the existence of men has long since been evaporated from the hearts and minds of women. Princess Bethany--ruler of Evanfar, the largest and most prominent kingdom, finds herself at the center of a vast conspiracy that could not only threaten her kingdom-but also her life! Journey to a place where magic is abundant, unicorns and ferrets can command armies, and five women struggle to find balance-and power--in an ever-changing fairy tale world!
In Shops: Jul 23, 2014
SRP: $3.99
View All Items In This Series
ORDER WISH LIST