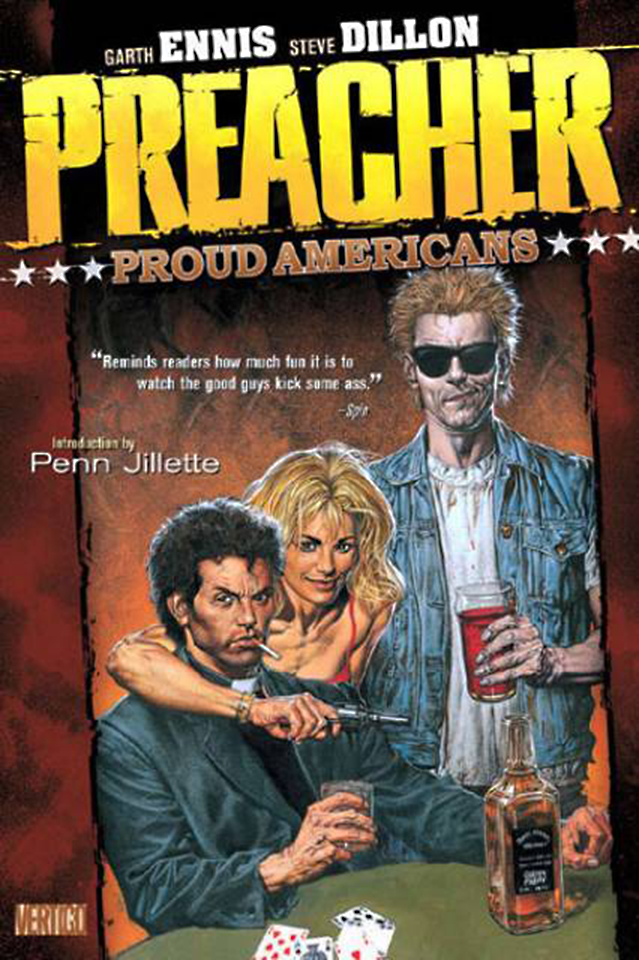 Jesse Custer heads for France to rescue Cassidy, the Irish vampire, from the clutches of religious fanatics. His search leads him into a no-holds-barred battle against the forces of the Grail. Also told here is the story of how Cassidy became a vampire in the first place.
In Shops: Jul 31, 2013
SRP: $16.99
View All Items In This Series
ORDER WISH LIST