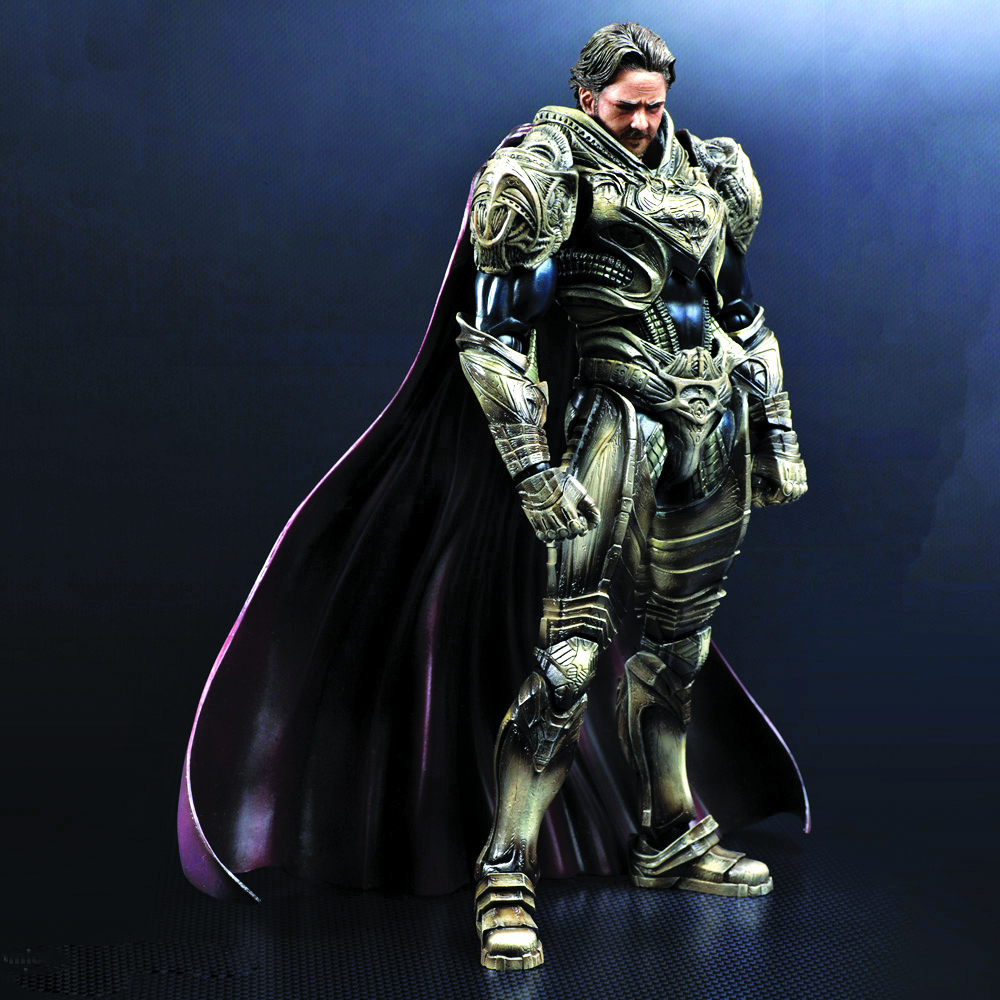 MAY138208
From Square Enix. From the blockbuster film Man of Steel, produced by Christopher Nolan, written by David S. Goyer, and directed by Zack Snyder, comes Jor-El, the greatest scientist of the doomed planet Krypton, and Faora-Ul, the lieutenant to the Kryptonian General Zod. These figures feature the exquisite attention to detail that have made Square Enix's Play Arts ~KAI~ figures so popular among collectors. Jor-El stands 9-1/2" tall, and Faora-Ul stands 9- 5/8" tall. Window box packaging.