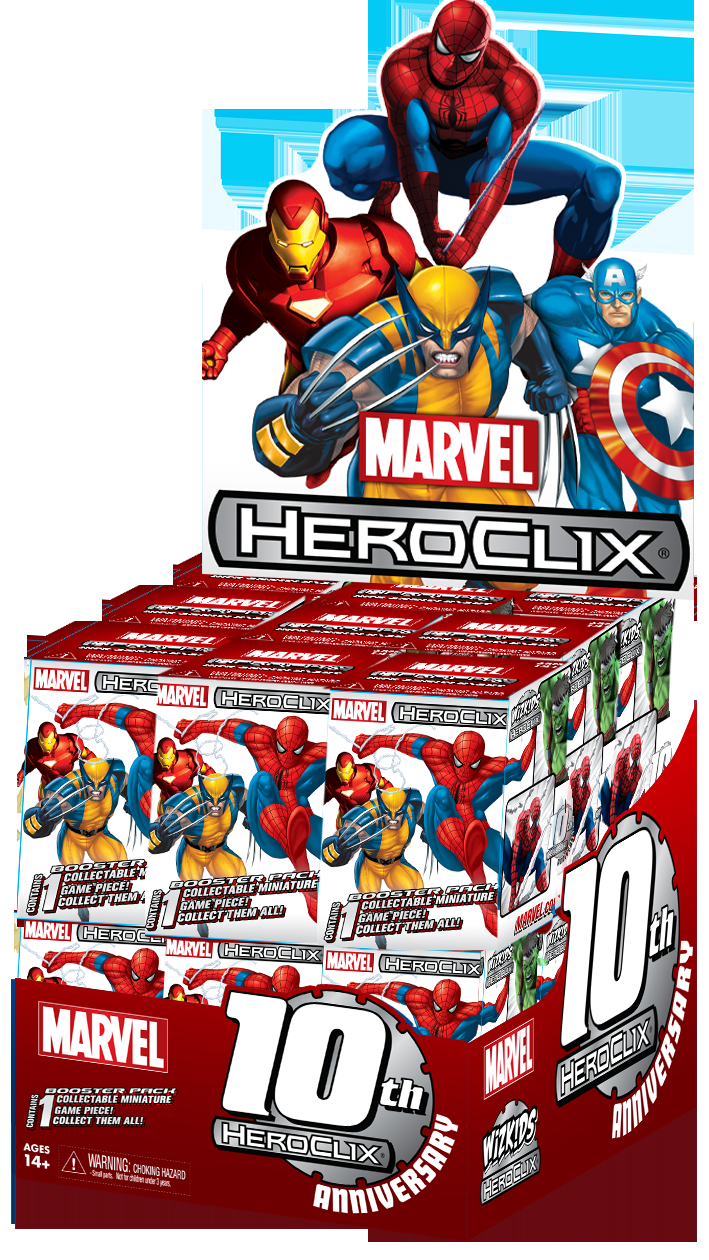 MAY122158
Celebrate 10 years of Marvel HeroClix with this special set of fan-favorite characters! Twelve Marvel HeroClix characters take center stage in this set with 24 sculpts and dials designs based on early and Modern Age appearances. Playable individually or together, the early and Modern Age versions of each character are joined together by the special Battlefield Promotion mechanic, which allows early appearance versions of the characters to attain a higher level of power as they transform into their Modern Age counterpart!