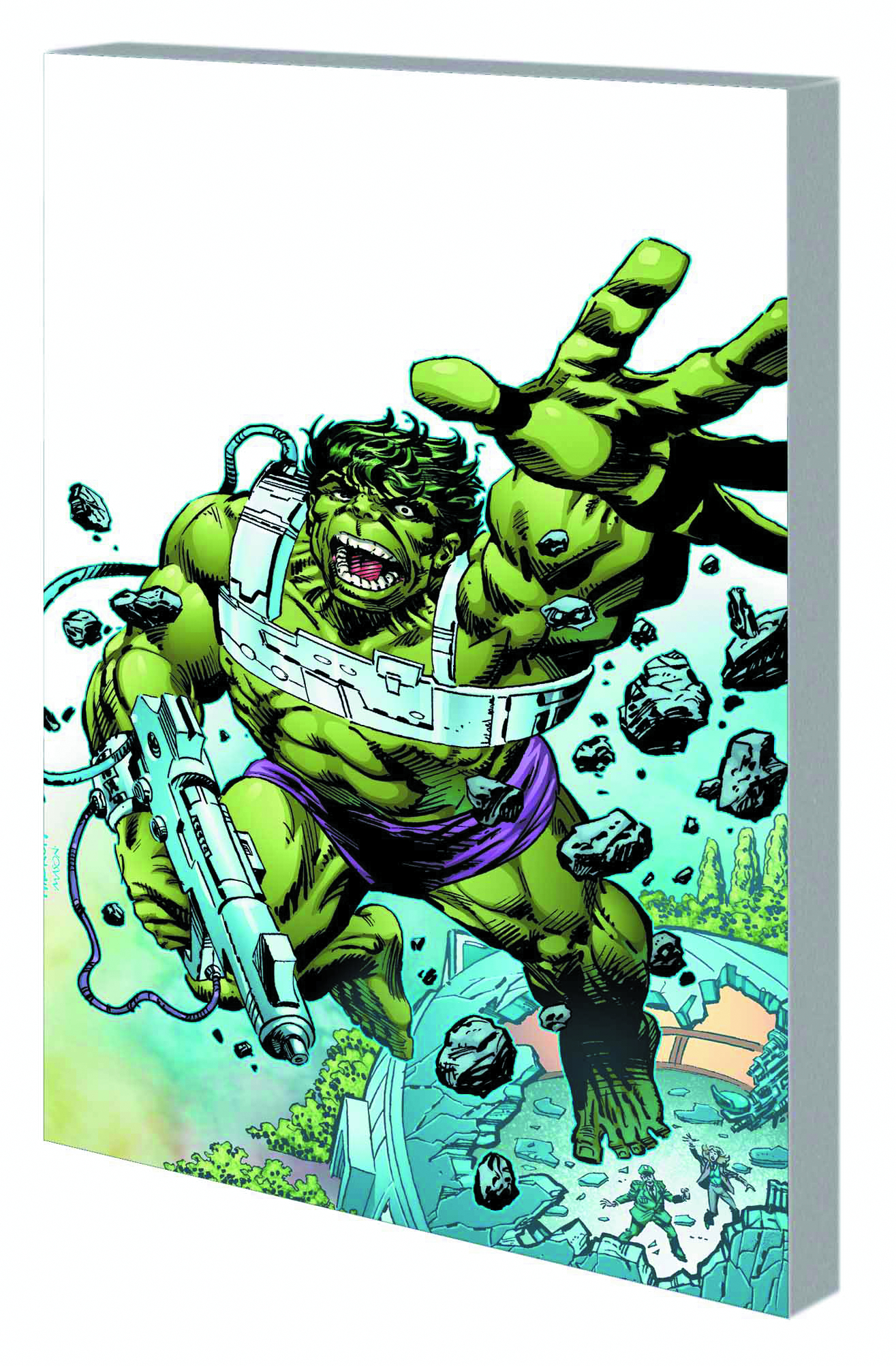 MAY120777
(W) Bill Mantlo (A) Sal Buscema, Herb Trimpe (CA) Al Milgrom
Bruce Banner still controls the mind and body of his green-skinned alter ego, but for how long? Banner, estranged from Betty Ross, settles in at his new Northwind laboratory as Kate Waynesboro enters his life as his research assistant - and soon becomes his new love interest. But what ulterior motive is she hiding? Then, when the Hulk returns from Battleworld after the Beyonder's Secret Wars, Banner's all-too precarious hold on his savage half begins slipping - threatening to destroy the happiness he's finally attained! It all comes to a head in a no-holds-barred battle against the entire Marvel Universe - and the ending will shock you! Collecting INCREDIBLE HULK (1968) #286-295 & #297-300 and ANNUAL #12.