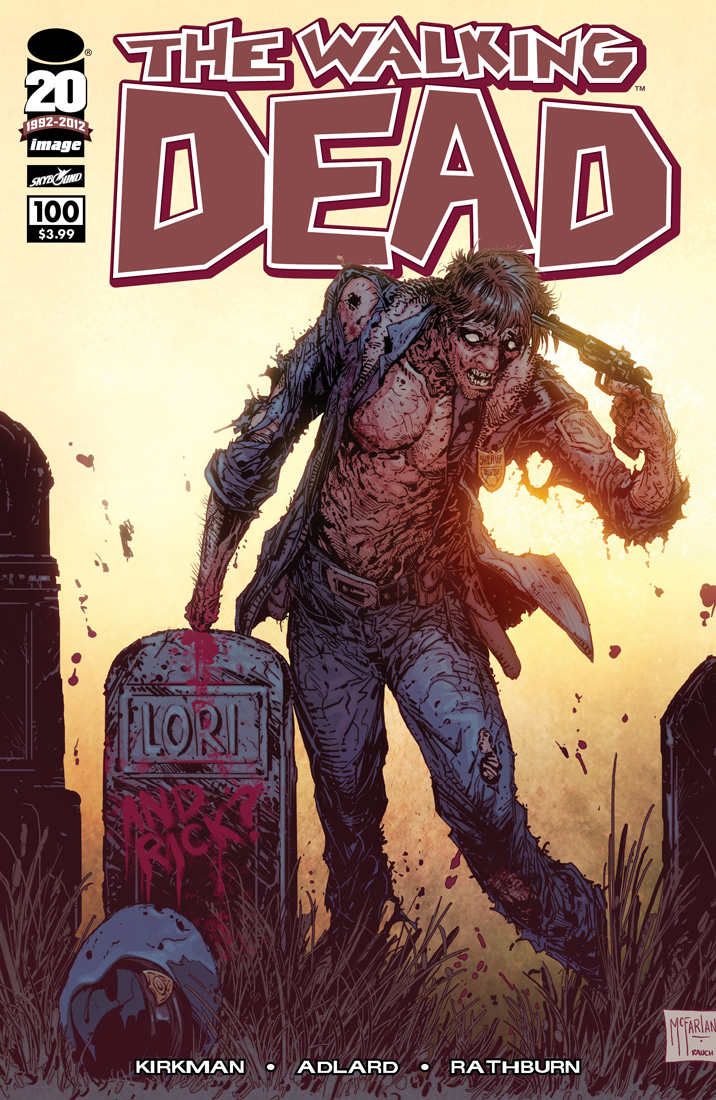 MAY120472
(W) Robert Kirkman (A) Charlie Adlard, Cliff Rathburn (CA) Todd McFarlane
"SOMETHING TO FEAR" CONTINUES!
This extra-sized chapter contains one of the darkest moments in Rick Grimes' life, and one of the most violent and brutal things to happen within the pages of this series.  100 issues later, this series remains just as relentless as the debut issue.  Do not miss the monumental 100th issue of THE WALKING DEAD!