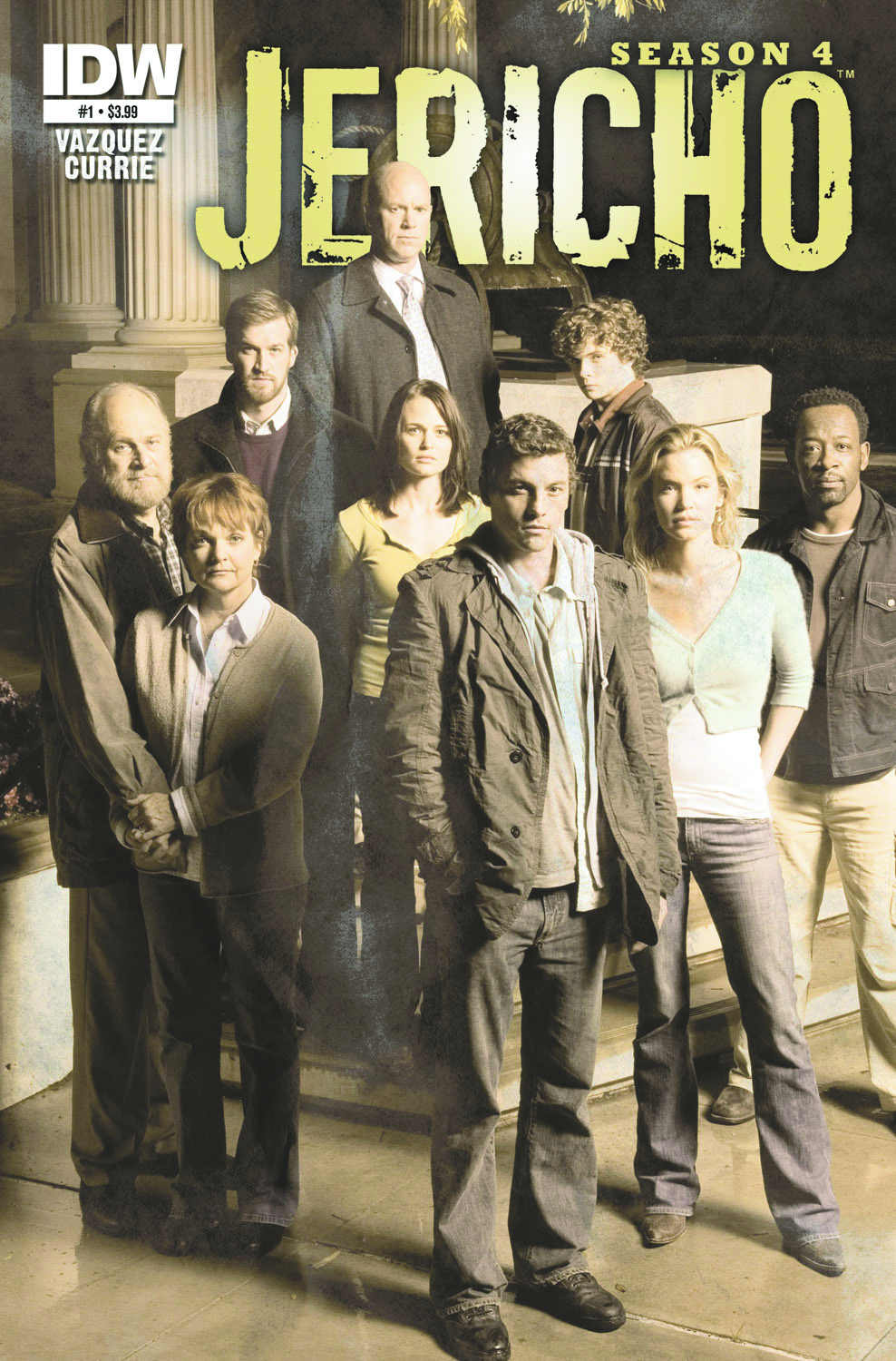 MAY120353
(W) Kalinda Vazquez, Dan Shotz, Robert Levine (A) Andrew Currie (CA) Tim Bradstreet
Overseen by the original writing staff of the television series, Jericho is back with a vengeance, with a whole new chapter of stories told in the show's official continuity.  If you are a fan of Jericho you cannot afford to miss this compelling all-new series!

In the tradition of nail-biting suspense and intrigue that fans of the show-and the comic-have come to expect and love, Jericho Season Four picks up where Season Three left off. Though Jake and Hawkins are happy to be back in Jericho, the challenges they face are daunting. Not only are they fugitives in their own hometown, but they find themselves forced to play host to the newest member of the Jericho community-John Smith... a man who some know as a friend of the resistance, but who Jake and Hawkins know as the man behind the September Attacks. Only they know his secret. And only they can stop him from committing another heinous act.