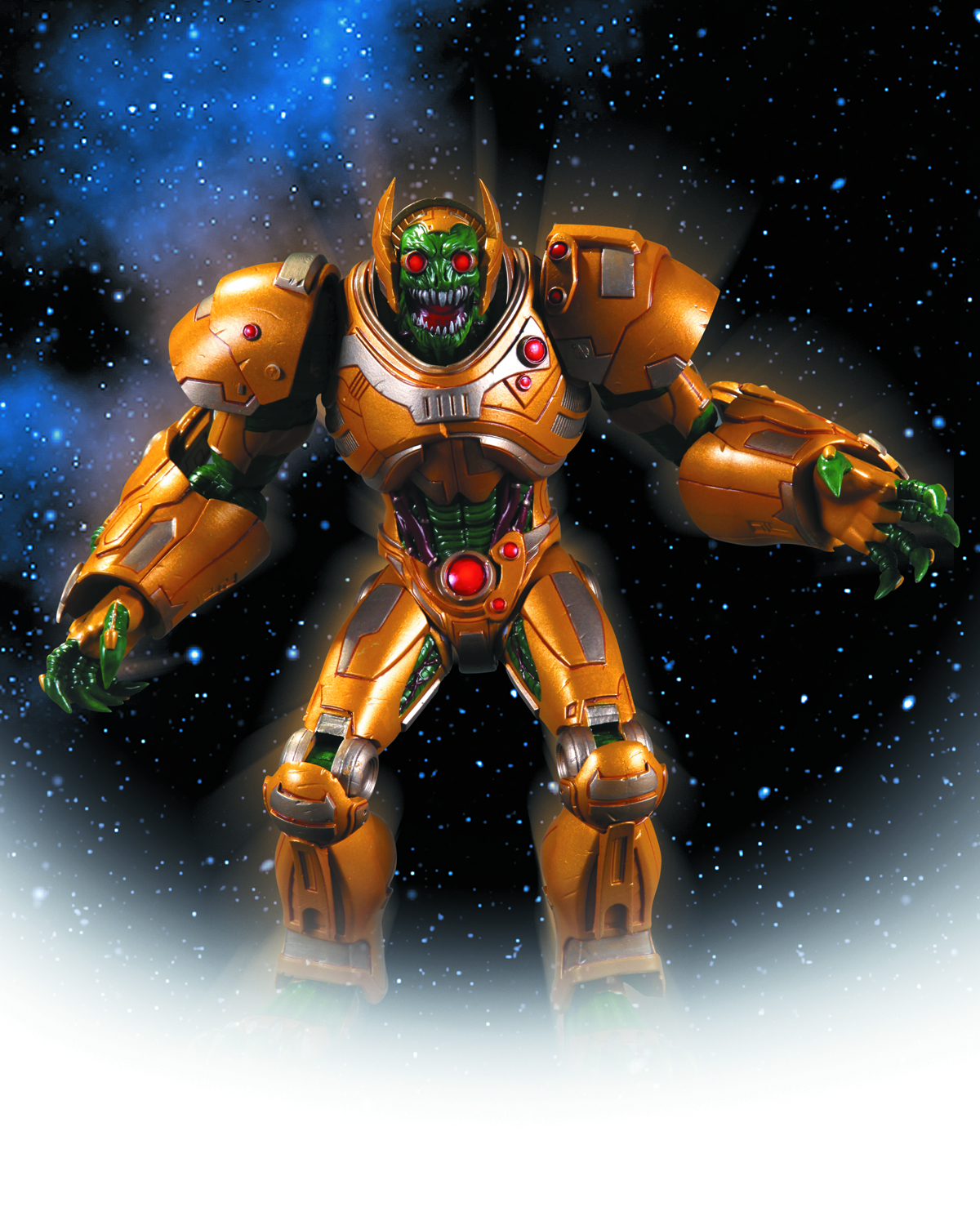 MAY120342
Barry Allen is back and faster than ever as a member of the Justice League in the DC Comics-The New 52! Based on the newly designed costume by Jim Lee, this statue is a must buy-so tap into the speed force and order one before time runs out!
Out of a boom-tube comes this Parademon, a harbinger of doom straight from Apokolips! Buy one to strike fear into the hearts of your enemies, or recruit several to form your very own shock-trooper army. For Darkseid!
* THE FLASH - 6.75" h
* PARADEMON - 7.5" h