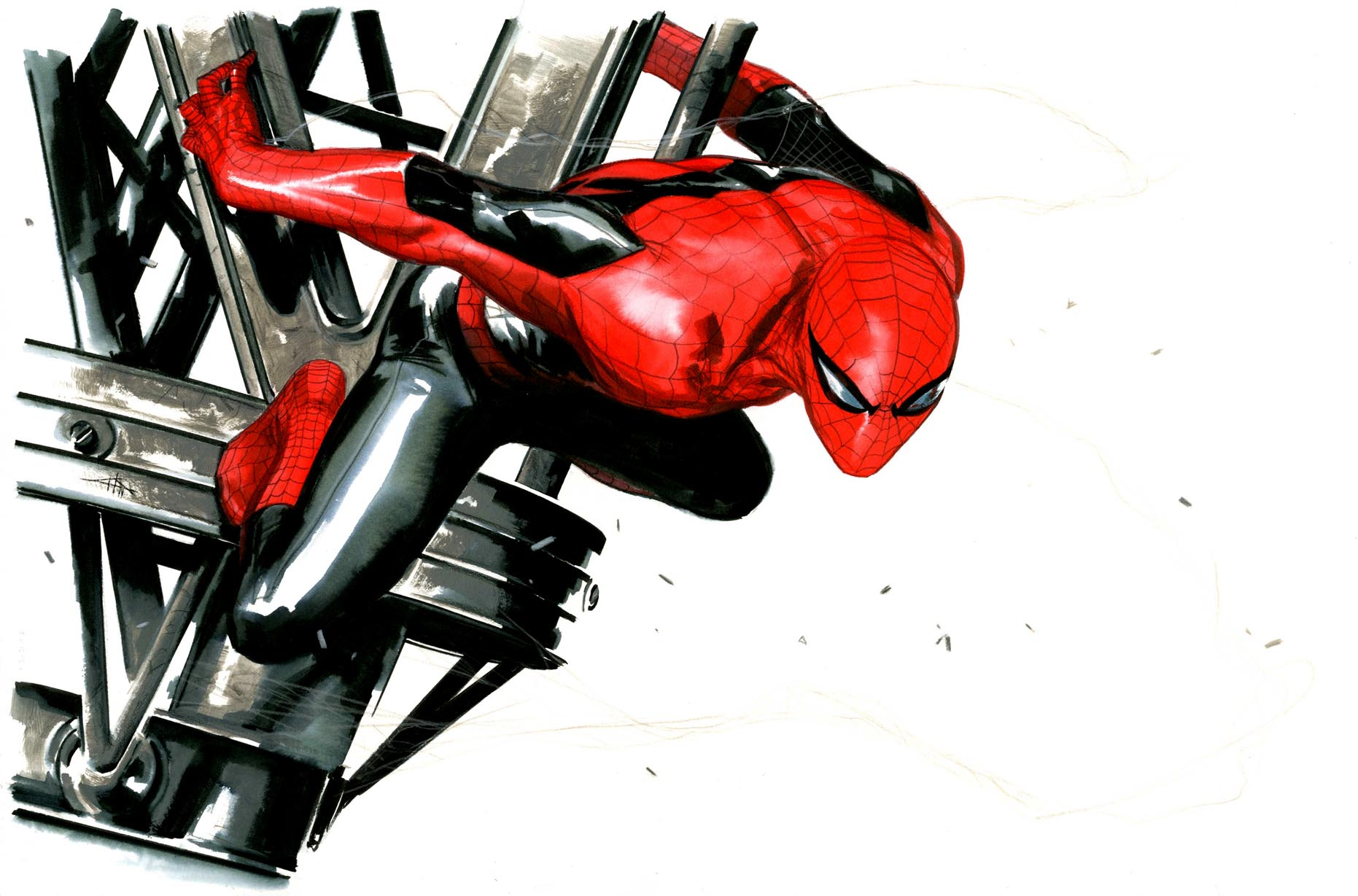 MAY118321
Written by DAN SLOTT
Pencils by HUMBERTO RAMOS
Variant Cover by GABRIELE DELL'OTTO
THE SPIDER-MAN EVENT OF THE DECADE BEGINS!
Start Webbing The News! New York City's Infestation is complete and eight million people are plagued! As someone near to Peter Parker's life reveals their spider-abilities, the brilliantly fearsome Jackal rises from the past and begins organizing an army of Spider-powered  soldiers. Spider-Man isn't the only hero affected as the threat goon grows bigger than any one Fantastically Friendly Neighborhood Avenger can handle. Best-selling Spidey creators Dan Slott and Humberto Ramos spin a Spider-epic that turns Peter Parker's BIG TIME into a BIG MESS.  Bad romance, death-defying violence and one man facing his FINAL fearsome destiny... this one's got it all! Simply put, pal....YOU NEED THIS!
32 PGS./Rated A ...$3.99