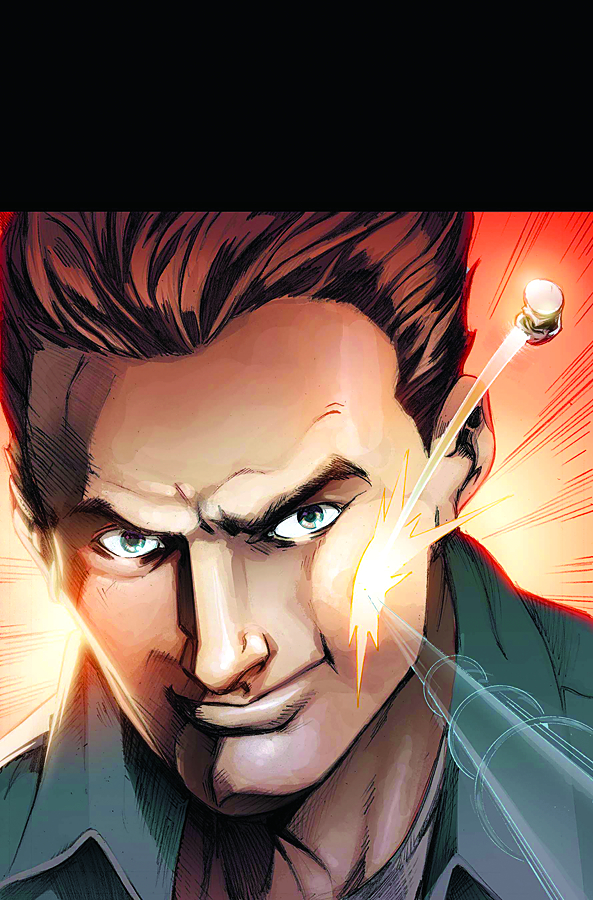 MAY110708
(W) Brian Michael Bendis (A) Mark Bagley (CA) Michael Avon Oeming
Created by BRIAN MICHAEL BENDIS & MARK BAGLEY
Written by BRIAN MICHAEL BENDIS
Pencils & Cover by MARK BAGLEY
Variant Covers by DAVID MACK & MICHAEL AVON OEMING
The first creator-owned book by ULTIMATE SPIDER-MAN co-creators Brian Michael Bendis and Mark Bagley, BRILLIANT tells the story of a handful of college-age geniuses who challenge each other to solve the mystery of superpowers. Can the best and brightest change science fiction into science fact? And if so, how will the world at large react? BRILLIANT is a thriller of the highest order. It is a story of how true power can either destroy or protect the strongest of friendships. It is the story of how the world will react when our true potential is finally unlocked. This fast-talking, whip-smart new series will thrill fans of ULTIMATE SPIDER-MAN, POWERS and SCARLET. The first award-winning collection of Bendis and Bagley's ULTIMATE SPIDER-MAN has sold well over one million copies.
40 PGS./Mature