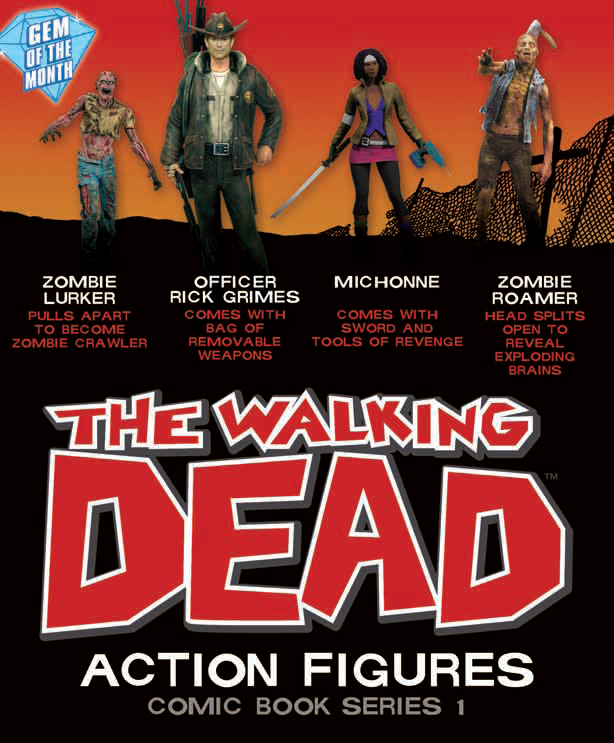 MAY110543
With civilization itself tottering after the outbreak of the zombie plague, fomrer police offier Rick Grimes leads a group of survivors in search of shelter and safety as zombie hordes roam the countryside in Robert Kirkman's best-selling comic book, The Walking Dead, from Image Comics. Fans of the series can add characters from the series to their collections, including Officer Rick Grimes (includes bag of weapons), Michonne (comes with sword and tools of revenge), the Zombie Lurker (includes removeable arms, skull, guts, and torso), and the Zombie Roamer (includes removeable arms, axe, and exploding head action). Each figure is highly articulated and features a sculpt based on the artwork from the best-selling series.