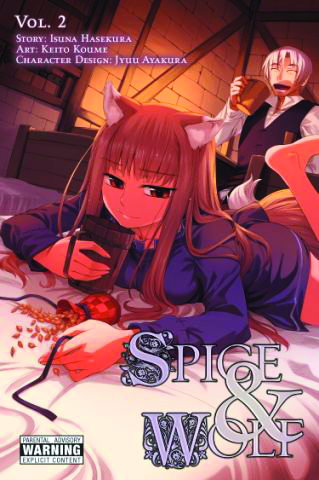 MAY101203
(W) Isuna Hasekura (A/CA) Keito Koume
(W) Isuna Hasekura (A) Keito Koume
With Holo the Wisewolf at his side, the merchant Kraft Lawrence discovers an opportunity to take advantage of the depreciating currency of the kingdom of Trenni. But just as he begins to show a significant profit, Holo is captured by a competing organization that threatens to turn her over to the oppressive church. Lawrence is sure that Holo will be burned at the stake for being the wolf goddess of a pagan religion, but he cannot let his fear get the best of him if he's to have any chance at saving her!