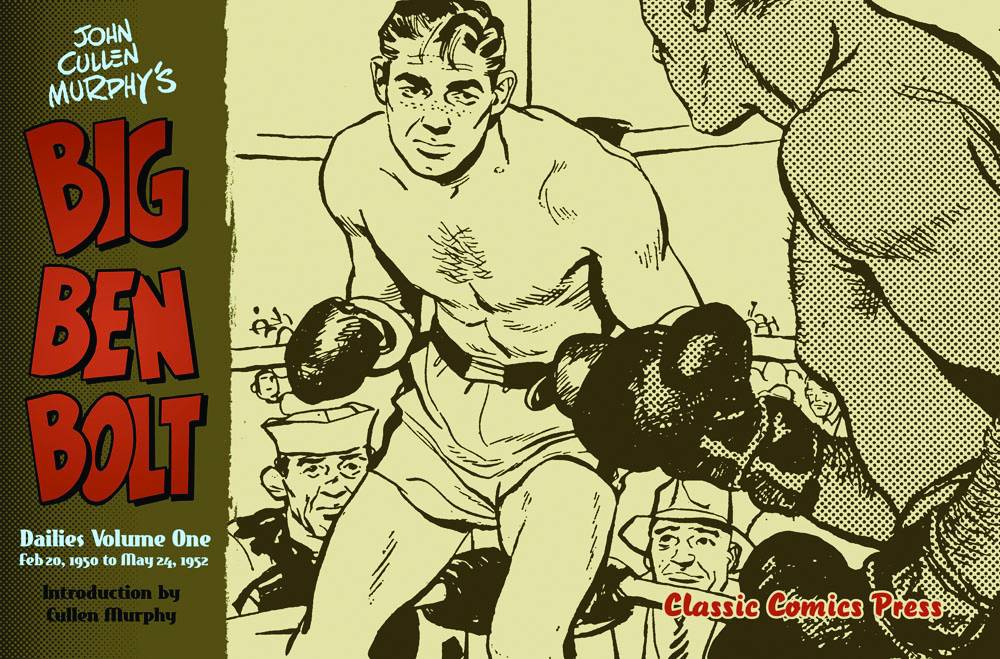 #
MAY100966
(W) Elliot Caplin (A/CA) John Cullen Murphy
Presenting the first volume in a planned reprinting of the complete run of John Cullen Murphy's classic American comic strip Big Ben Bolt, written by Elliot Caplan. The debut volume will feature dailies from the comic strip's start February 20, 1950 to May 24, 1952, with an introduction by his son, writer Cullen Murphy.
In Shops: Aug 04, 2010
SRP: $24.95
View All Items In This Series
ORDER WISH LIST