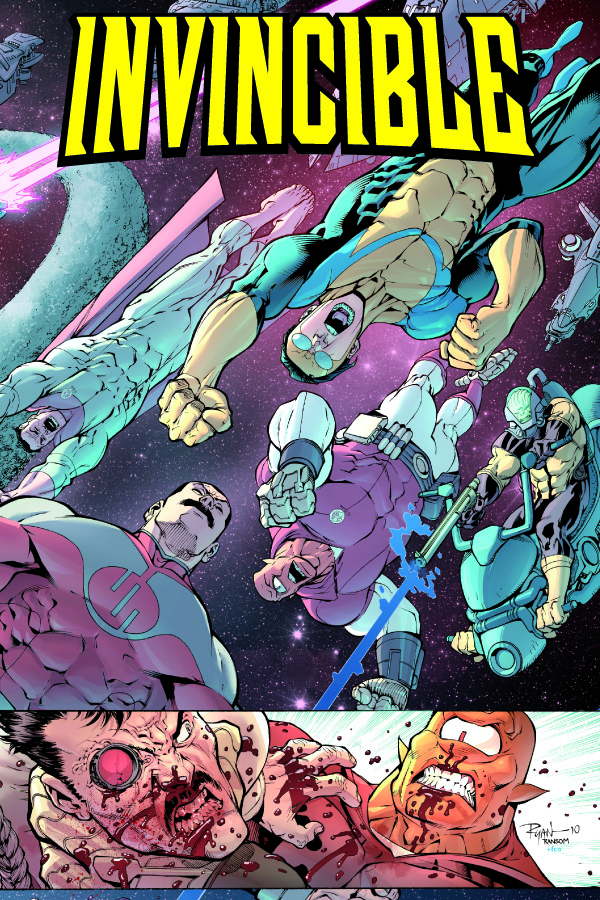 MAY100412
(W) Robert Kirkman (A/CA) Ryan Ottley
THE VILTRUMITE WAR CONTINUES!
Invincible and the Coalition of planets bring the war to Planet Viltrum!  All bets are off as the Coalition forces try to fight their way into the Viltrumite Empire's stronghold.  Lives are lost, and a turning point in the war is reached.  This issue features as special, over-sized main story and an extra special Science Dog back-up story by ROBERT KIRKMAN and CORY WALKER.