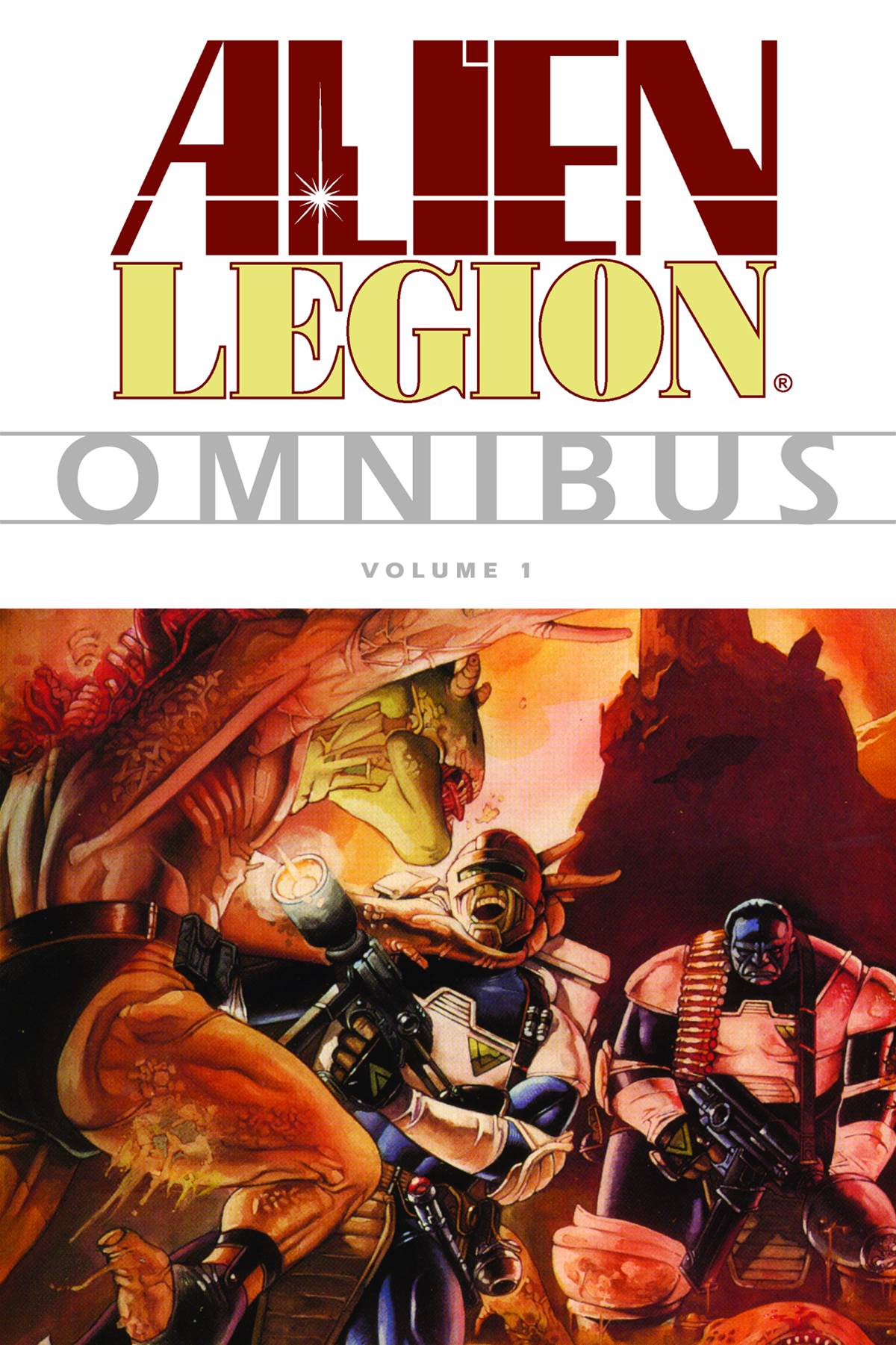 #
MAY090063
(W) Alan Zelenetz (A) Frank Cirocco, Terry Shoemaker, Larry Stroman, Chris Warner, Terry Austin, Carl Potts, Whilce Portacio, Randy Emberlin (CA) Doug Braithwaite
Footsloggers and soldiers of fortune, priests, poets, killers, and cads-they fight for a future Galarchy, for cash, for a cause, for the thrill of adventure. Culled from the forgotten and unwanted of three galaxies, they are trained to be the most elite, and expendable, of fighting forces. Sometimes peacekeepers, sometimes shock troops, the Legion is sent into the Galarchy's most desperate internal and external conflicts. Legionnaires live rough and they die hard, tough as tungsten and loyal to the dirty end.

o Alien Legion Omnibus Volume 1 features over three hundred story pages of the groundbreaking series and lays cover fire for a new Alien Legion series from Dark Horse slated to begin in late 2009!
In Shops: Dec 09, 2009
SRP: $24.95
View All Items In This Series