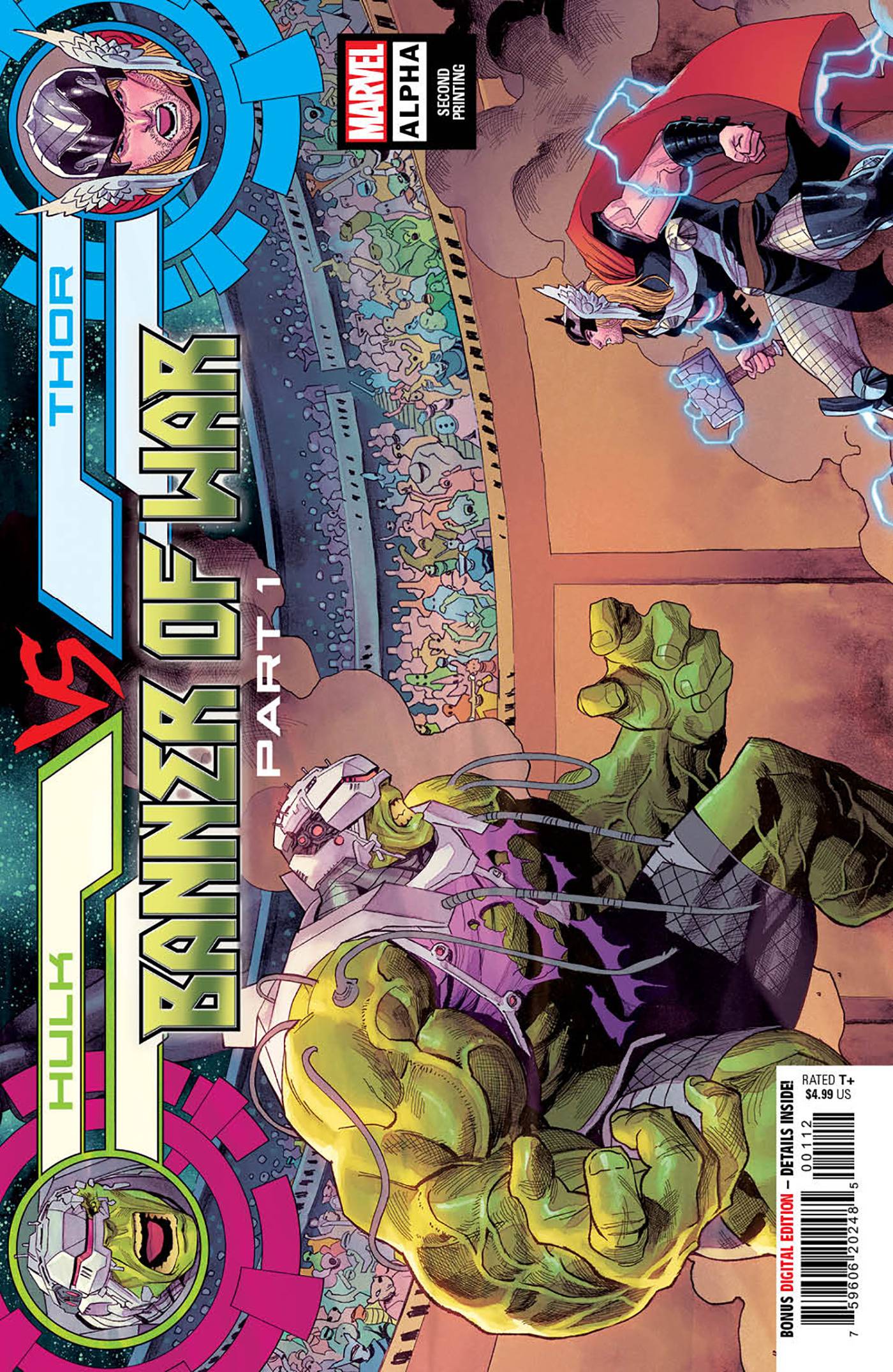 #
MAR229451
(W) Donny Cates (A/CA) Martin Coccolo
Hulk and Thor have both undergone massive changes recently, but one thing remains constant - their heated rivalry! When mysterious circumstances bring them into conflict once more, will the God of Thunder be able to triumph against a Bruce Banner who can now control his rage?
Celebrating the 60th Anniversary of both characters, this epic five-part crossover between the THOR and HULK series starts here in this oversized Alpha issue, brought to you by creators Donny Cates and Martin Coccolo! Key mysteries from both series will be revealed, as well as shocking consequences for the future of both characters! (Continued in May's THOR #25 and HULK #7!)
RATED T+
In Shops: Jun 22, 2022
SRP: $4.99
ORDER WISH LIST