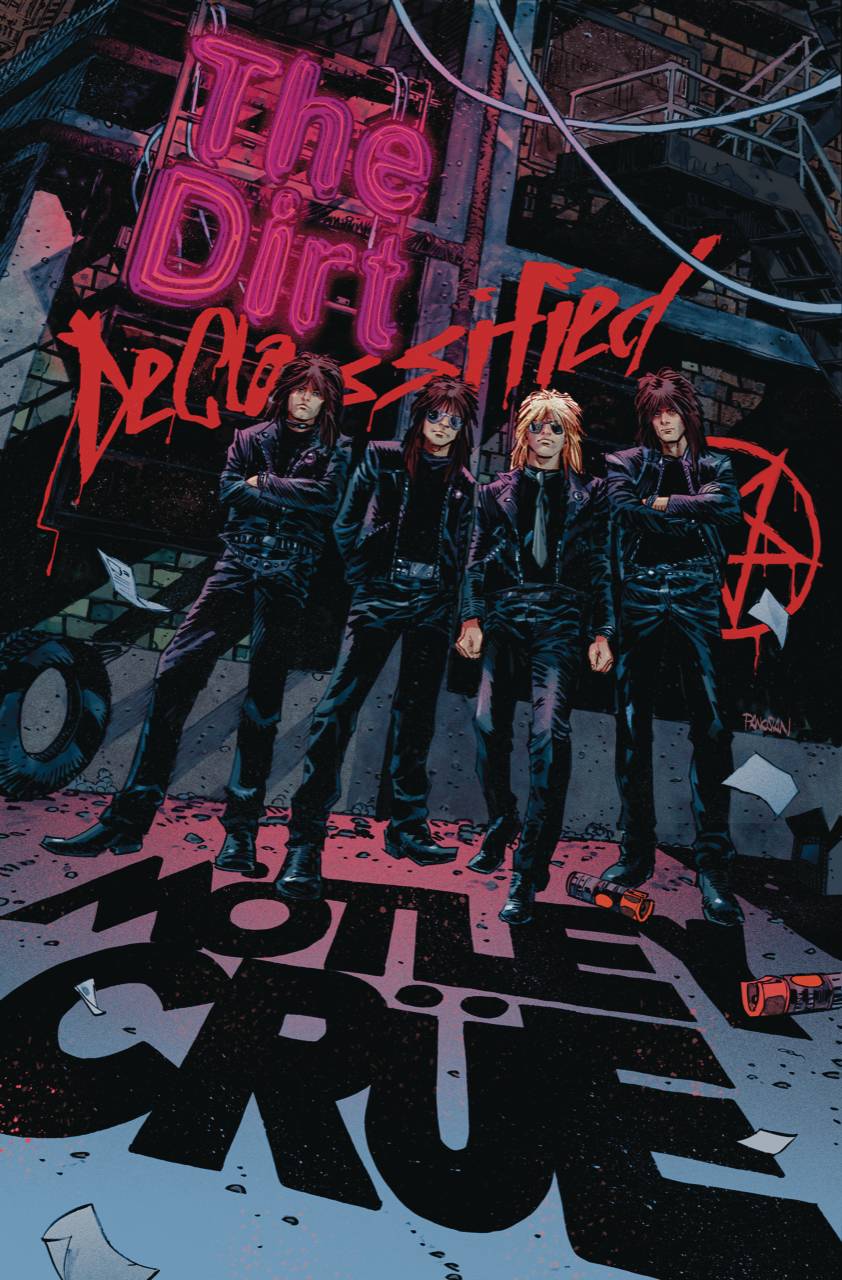 #
MAR222014
(W) Leah Moore, Motley Crue (A) John K. Snyder (CA) Dan Panosian
You thought you knew the story behind the world's most notorious rock band...the music, the mayhem...it is the stuff of rock n roll legend, chronicled in the New York Times bestselling book and subsequent Netflix movie, The Dirt. Now, as Nikki Sixx, Tommy Lee, Vince Neil and Mick Mars emerge from self-imposed exile from all corners of the globe, the REAL story behind the band can finally be told...as the exploits of Mötley Crüe working as special undercover government operatives are revealed in this graphic novel.
In Shops: Nov 30, 2022
SRP: $24.99
ORDER WISH LIST