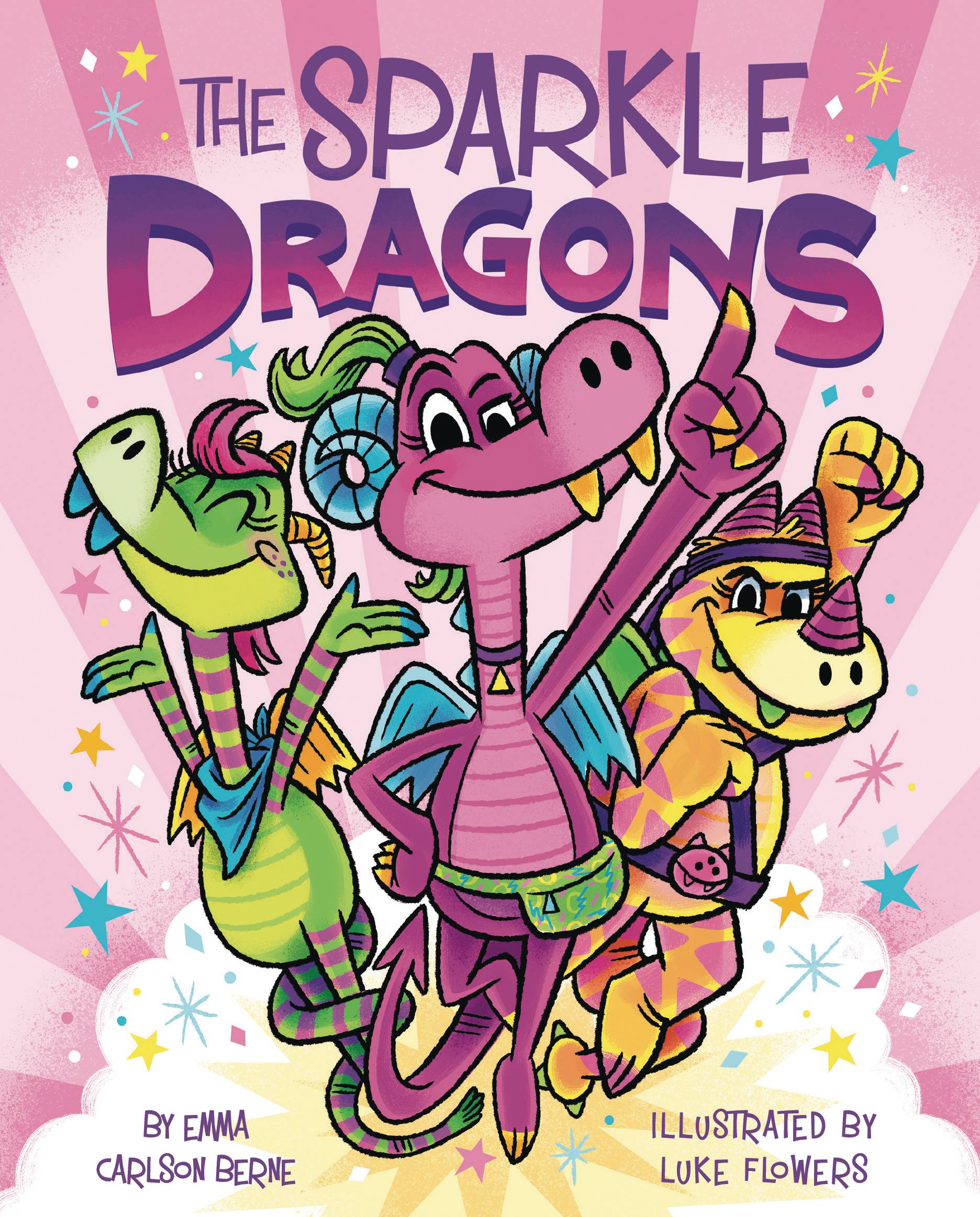 #
MAR221519
(W) Emma Carlson Berne (A) Luke Flowers
Join the spunky and powerful Sparkle Dragons as they blast their glitter fire and put their brains together to save the queendom from polka-dotted pollution in this hilarious, easy-to-read graphic novel.

Meet the Sparkle Dragons: the spunkiest crew in all of Princess Puff's queendom! Trixie is fierce with brains and beauty. Rue is tough as nails with a heart of shimmering gold. And, last but not least, Glinda, who often has her head in the clouds, but her out-of-the-box problem-solving can be her strongest asset. With their unique powers combined, they are an unstoppable force! And let's be honest: fighting off bad guys with glitter beams can be pretty hilarious . . . and sticky!

Bad guys can be quite clever in this queendom, but the Sparkle Dragons don't miss a trick. When the Rain River is polluted with polka dots, Robert-not Bob-the Troll takes the heat for it. But he says he is innocent! Not to worry-the Sparkle Dragons are hot on the tails of the true culprits. That is, if Princess Puff and her unicorn BFF will stop getting in their way. How can the Sparkle Dragons fire up a rock-solid case to prove Robert's innocence and find out who is really at the bottom of these polluting polka dots?
In Shops: May 18, 2022
SRP: $16.99
View All Items In This Series
ORDER SUBSCRIBE WISH LIST