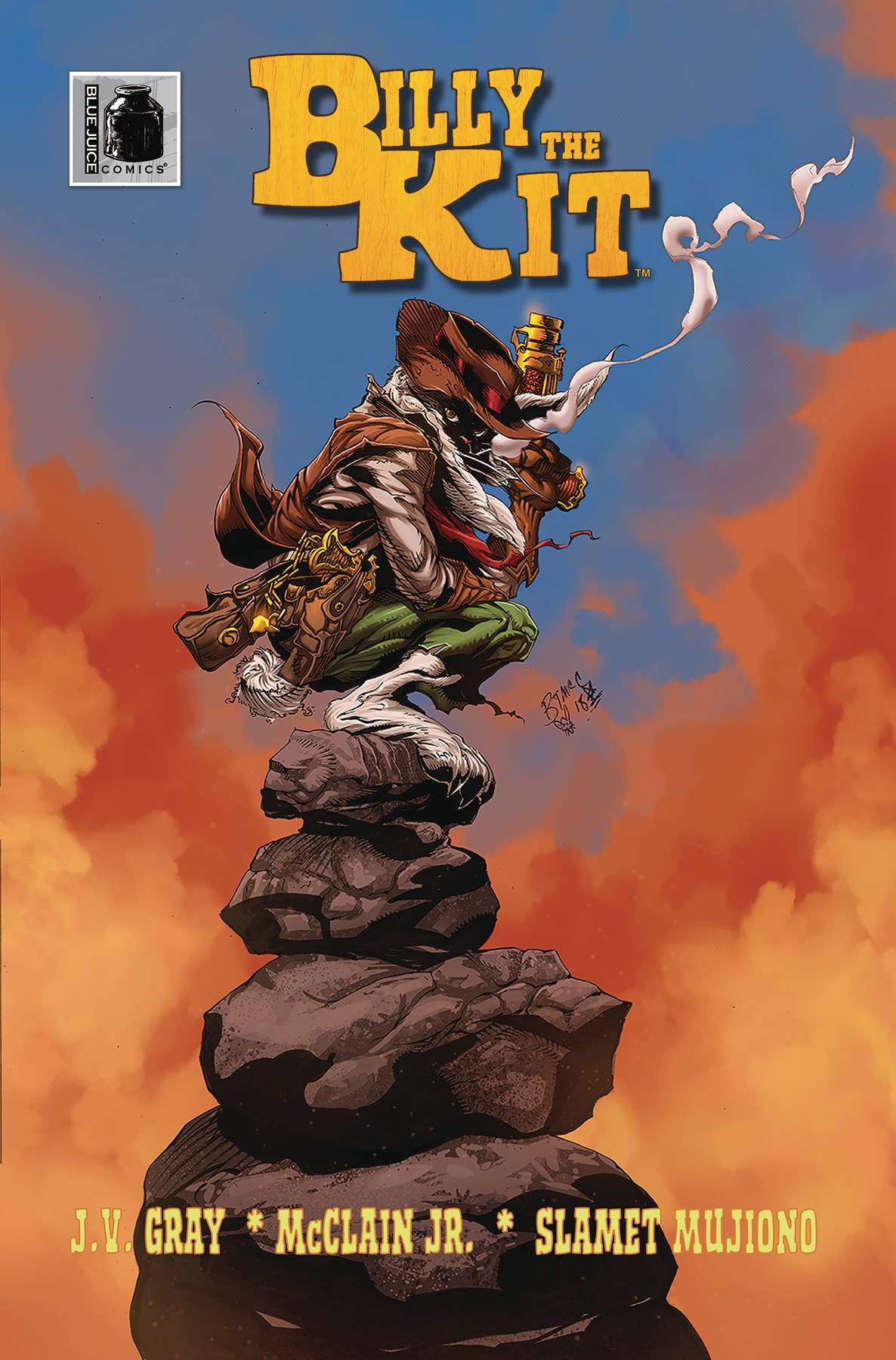 #
MAR221485
(W) Justin Gray (A/CA) Barry McClain
The Wild West has never been wilder! Introducing Billy the Kit, a gunslinging rabbit seeking revenge against the Tornado God that killed his family. Why was this sickly, skinny rabbit spared such a gruesome fate? What makes him so special? With the help of Luther the Goat, a profanity-spewing martial arts master, Billy relies on faith, magical firearms, and Kung Fu to wage war against the pagan gods and monsters of a bygone era. Co-created by Ringo Award-winning writer Justin Gray (Jonah Hex) and artist Barry McClain Jr. (Anne Bonnie), with digital paints by Slamet Mujiono (Flash Gordon).
In Shops: May 25, 2022
SRP: $19.99
View All Items In This Series
ORDER SUBSCRIBE WISH LIST