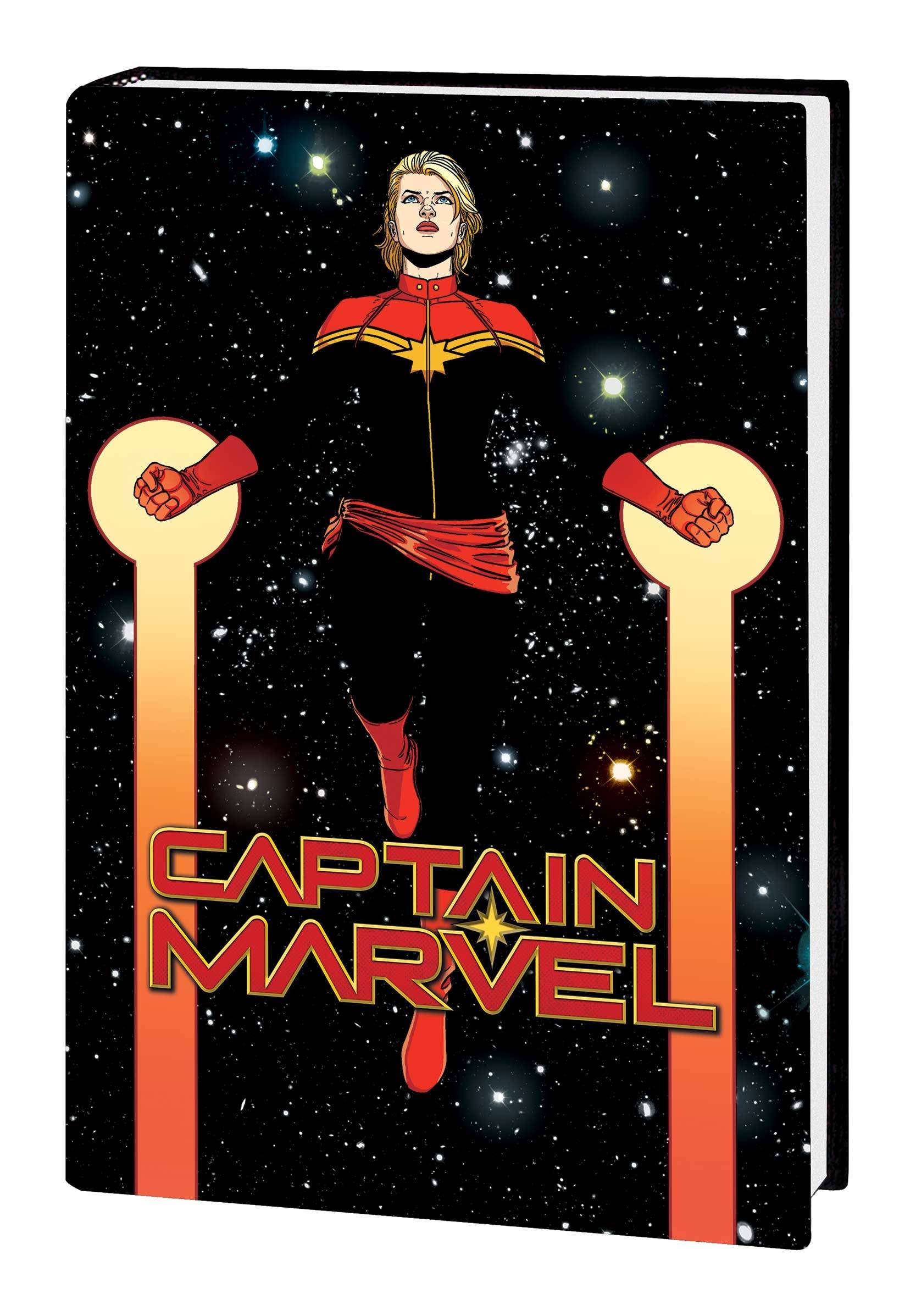 #
MAR221129
(W) Kelly Sue DeConnick, Various (A) Dexter Soy, Various (CA) Jamie McKelvie
Higher, further, faster, more! She's been an ace pilot, an Avenger and a cosmic warrior. Now, Carol Danvers has a new name and a new mission. As Earth's Mightiest Hero, the latest and greatest Captain Marvel, Carol is exactly where she's always deserved to be. But as she navigates this crossroads in her life, a dramatic decision sends her to the stars - right into the middle of an intergalactic war! Captain Marvel has plenty of challenges ahead - and she wouldn't have it any other way! Plus: adventures alongside Spider-Man and the Avengers. And who are the Carol Corps? Collecting CAPTAIN MARVEL (2012) #1-17, CAPTAIN MARVEL (2014) #1-15, AVENGERS: THE ENEMY WITHIN, AVENGERS ASSEMBLE (2012) #16-19, AVENGING SPIDER-MAN #9-10 and CAPTAIN MARVEL & THE CAROL CORPS #1-4.
Rated T+
In Shops: Dec 07, 2022
SRP: $125.00
ORDER WISH LIST