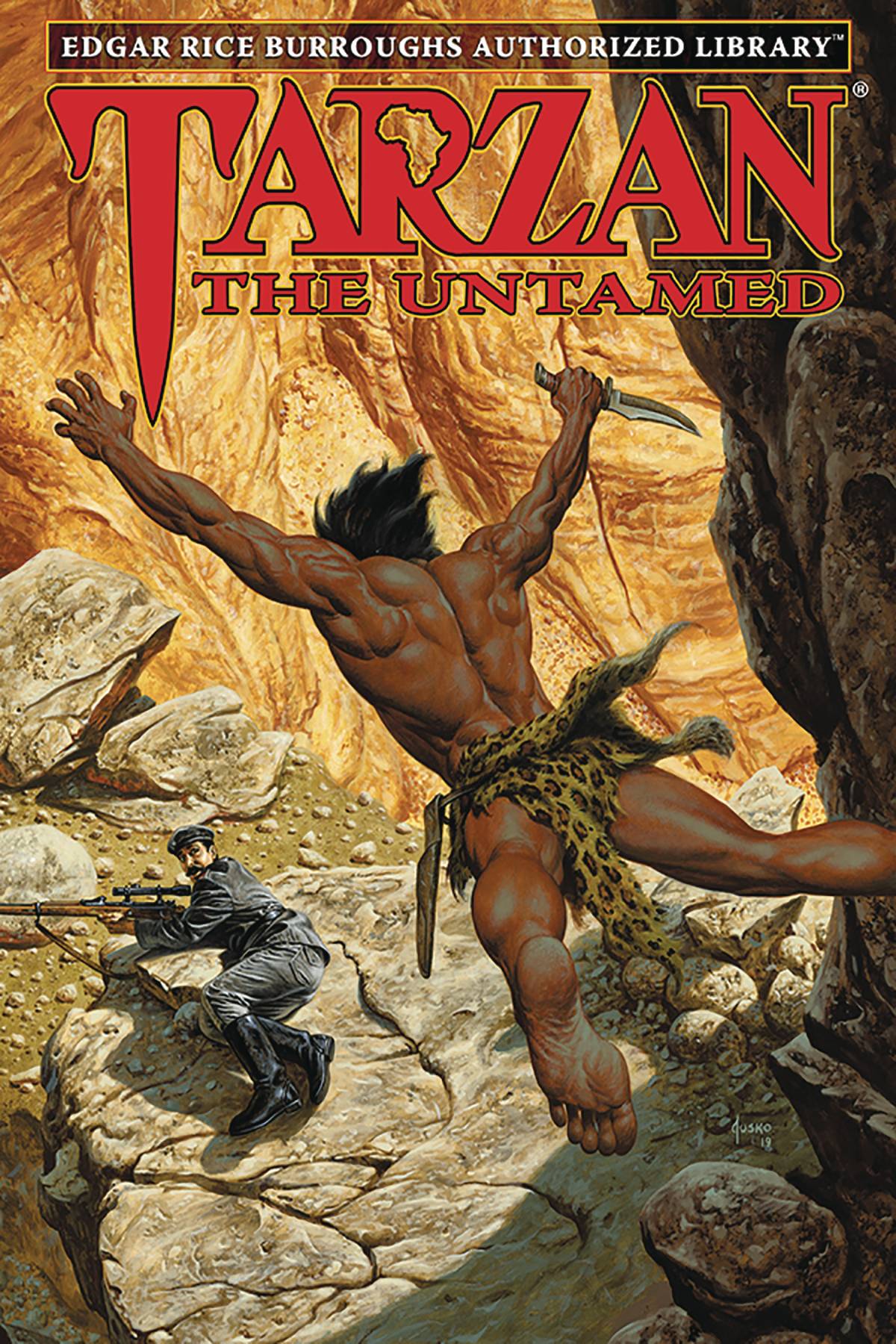 World War I enflames East Africa as German troops raze the Greystokes' estate, where Tarzan returns to find the charred, lifeless remains of his beloved Jane. Consumed by vengeance, the ape-man wages guerrilla warfare against the hated enemy, using his most savage tactics to help the Allies drive the invaders from his land. As the British army prevails, Tarzan departs to rejoin the great apes that are his family-only to be confronted by a trackless wasteland that stands in his way. Having endured a trial of unimaginable torment, he enters the inaccessible valley of Xuja, the city of maniacs. Outnumbered by crazed foes and their lion and parrot familiars, the ape-man must liberate his friends from a city where madness rules.

For the first time ever, the Edgar Rice Burroughs Authorized Library presents the complete literary works of the Master of Adventure in handsome uniform editions. Published by the company founded by Burroughs himself in 1923, each volume of the Authorized Library is packed with extras and rarities not to be found in any other edition. From cover art and frontispieces by legendary artist Joe Jusko to forewords and afterwords by today's authorities and luminaries to a treasure trove of bonus materials mined from the company's extensive archives in Tarzana, California, the Edgar Rice Burroughs Authorized Library will take you on a journey of wonder and imagination you will never forget.
In Shops: Jun 09, 2021
SRP: $29.95
View All Items In This Series
ORDER SUBSCRIBE WISH LIST