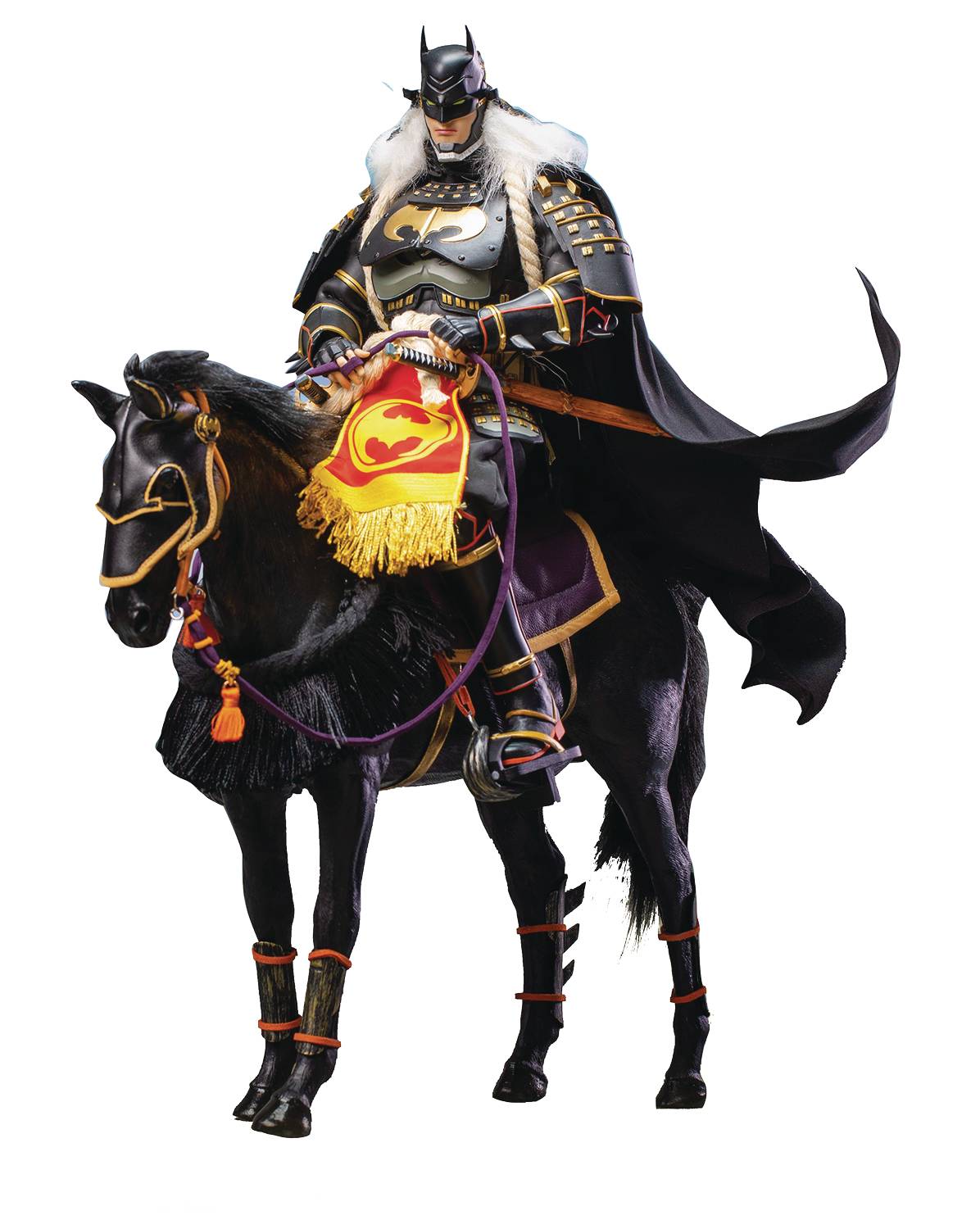 # # # #
MAR218044
From Star Ace Toys. In the animated DC film Batman Ninja, Batman, along with several of his allies and adversaries, are thrust back in time to medieval Japan. This new 1/6 figure from Batman Ninja features Batman in his ceremonial samurai armor complete with red tabard with the bat-symbol and high sandals. The head sculpt features Batman in mid-battle yell as he rides into battle with his foes. He's outfitted with two katana, two batarangs and two ninja daggers (Kunai). The CoolToys Samurai horse is the perfect companion for Star Ace's Batman Ninja Samurai version and features finely sculpted horsehair detail with rooted hair for the mane and tail. It is outfitted with authentic medieval Japanese saddle, stirrups and tack in purple, orange and black.  Bat-medallions are attached to the sides of the face mask and the horse leg armor features spikes to match the forearm armor of Batman Samurai.