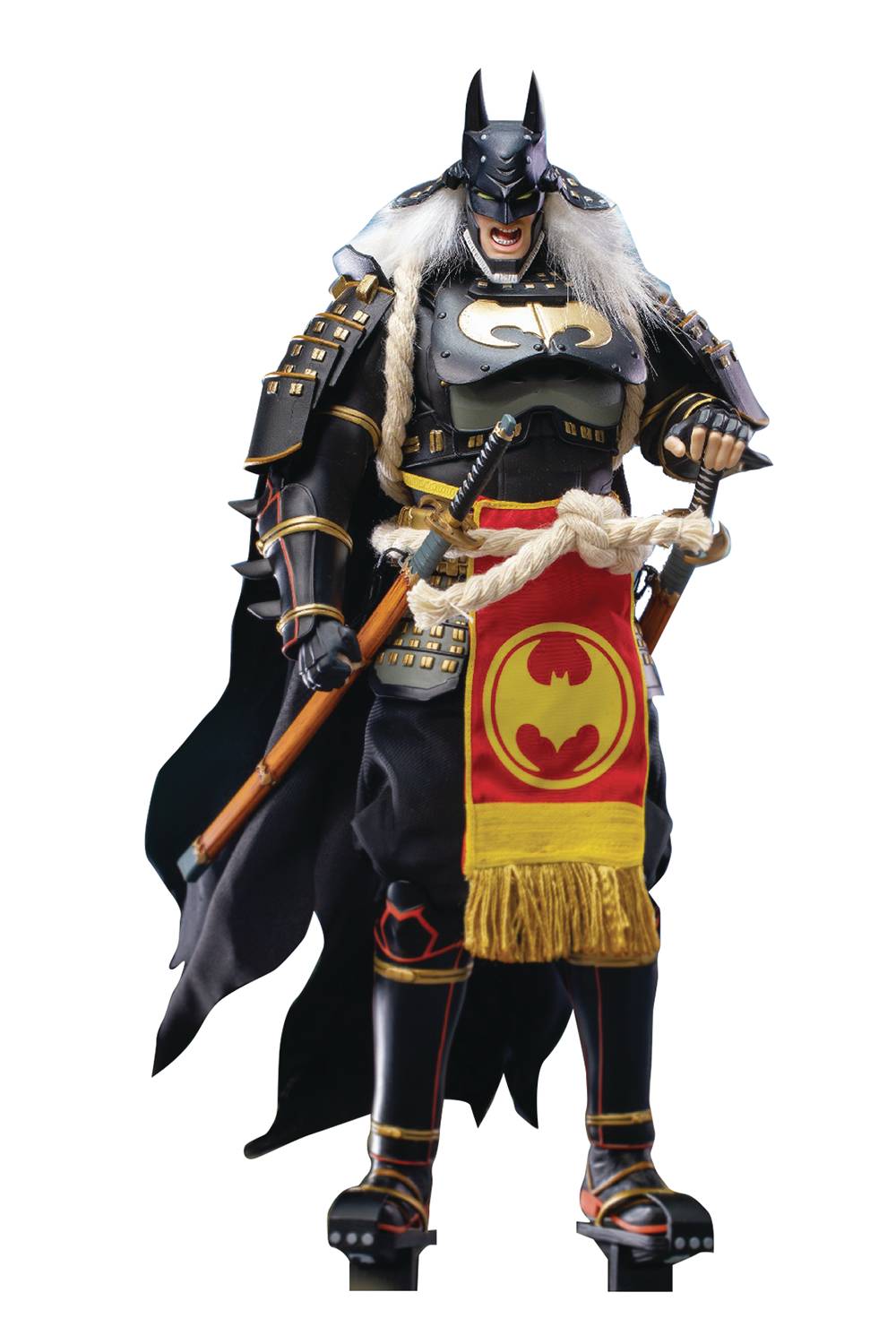 # # # #
MAR218043
From Star Ace Toys. In the animated DC film Batman Ninja, Batman, along with several of his allies and adversaries, are thrust back in time to medieval Japan. Donning special Bat-Samurai armor, Batman rides into the final battle against Joker. This new 1/6 figure from Batman Ninja features Batman in his ceremonial samurai armor complete with red tabard with the bat-symbol and high sandals. The head sculpt features Batman in mid-battle yell as he rides into battle with his foes.  He's outfitted with two katana, two batarangs and two ninja daggers (Kunai). Also available is a 1/6-scale horse, and a Deluxe version that comes with both Samurai Batman and his horse.