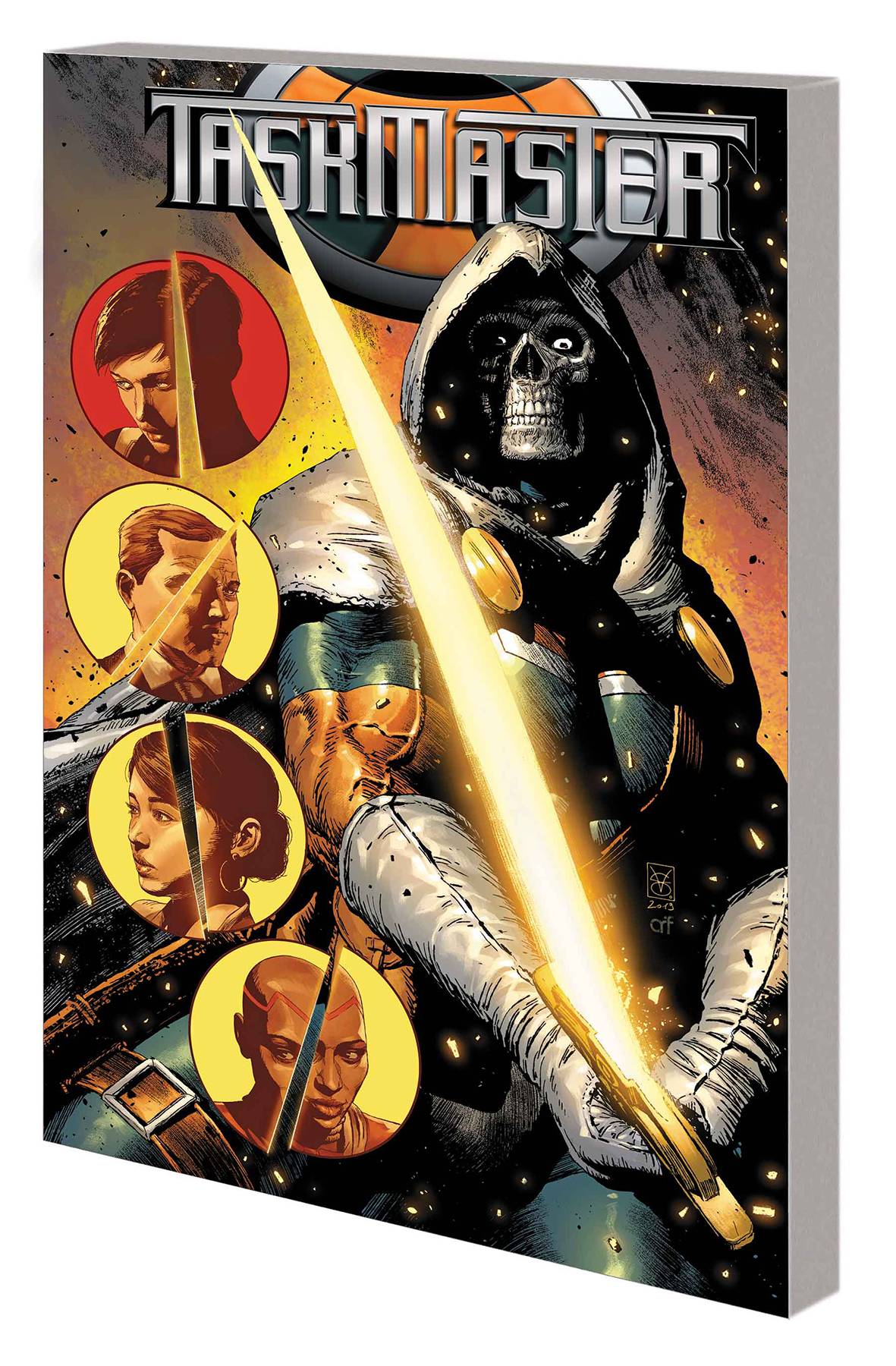 #
MAR210709
(W) Jed MacKay (A) Alessandro Vitti (CA) Valerio Giangiordano
Taskmaster has murdered S.H.I.E.L.D.'s Maria Hill! Or at least that's what the whole world thinks. Now the greatest spies in the business are hunting him down and won't stop until the Taskmaster is dead - or can clear his own name! So begins a globe-spanning adventure that will send ripples through the Marvel Universe's espionage community. Taskmaster's next target? Phil Coulson! But Coulson isn't alone in Washington D.C. - he's got the entire Squadron Supreme of America on speed dial! And when Taskmaster's hunt brings him to South Korea, he'll have to go toe-to-toe with the White Fox! His next stop is sunny Wakanda - home to Okoye and the feared Dogs of War! Can the Taskmaster find the doomsday device that Maria Hill died to protect? Or will he be played by the true mastermind behind it all? Collecting TASKMASTER (2020) #1-5.
Rated T+
In Shops: Jul 14, 2021
SRP: $15.99
ORDER WISH LIST