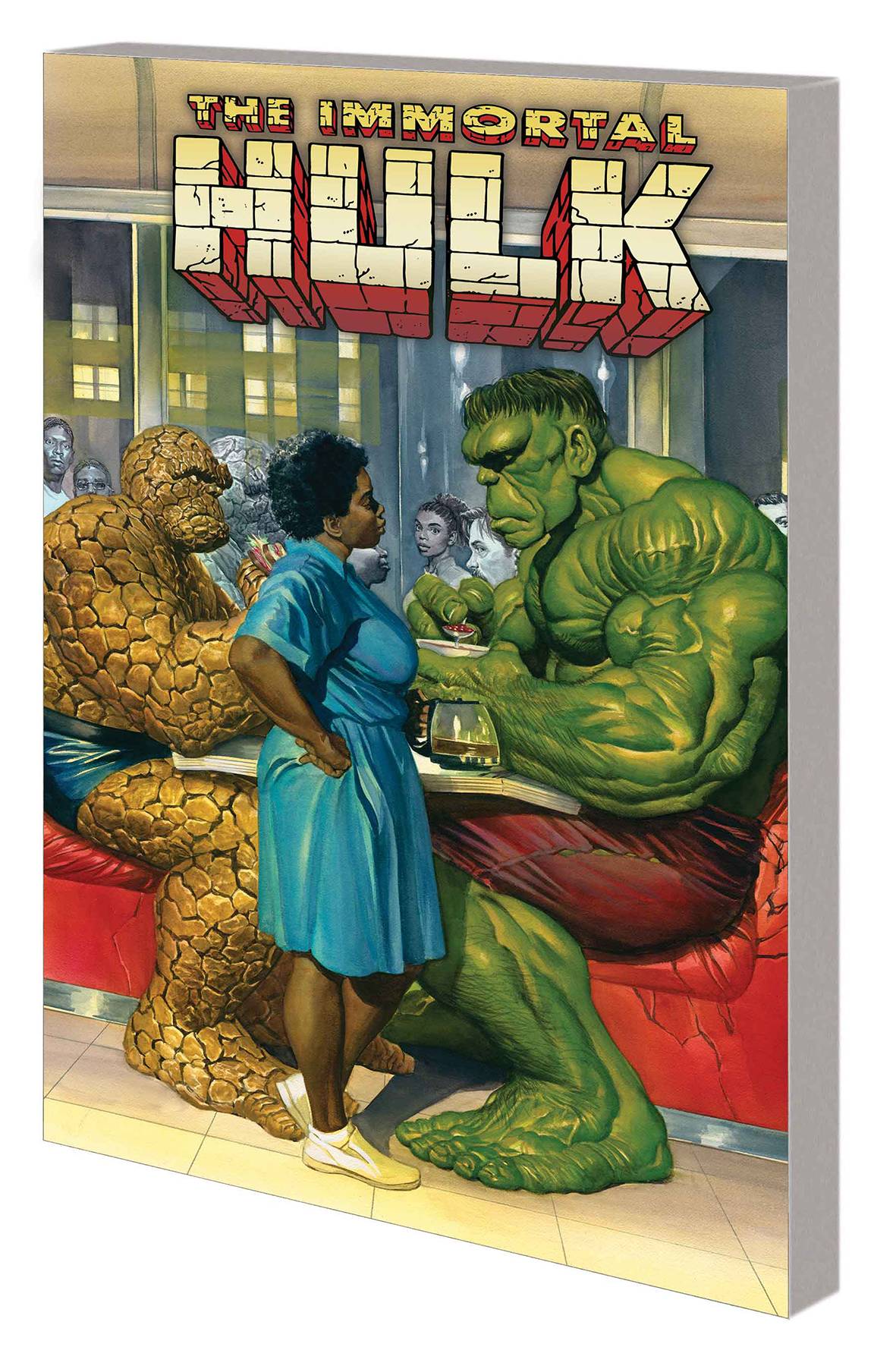 #
MAR210705
(W) Al Ewing (A) Joe Bennett, More (CA) Alex Ross
It's the rematch everybody wanted - but not like this! The Hulk is broken, friendless and hunted, a shadow of his former self. But there's nothing like the real Thing! What will happen when Ben Grimm enters the world of the Immortal Hulk? As the year comes to an end, costs are counted - by Jackie McGee, Eugene Judd...and Samuel Sterns. All the Leader's plans have come together in what may be his greatest triumph! But will that be enough...or will the horrific One Below All still claim his due? Plus: The U-Foes are here - and they know how to finally kill the Immortal Hulk! The new Sasquatch faces something even weirder than himself. Henry Peter Gyrich watches from somewhere far above the world. And with the Hulk's strength gone, what hope is left...for the weakest there is? Collecting IMMORTAL HULK #41-45.
Rated T+
In Shops: Jun 02, 2021
SRP: $15.99
View All Items In This Series