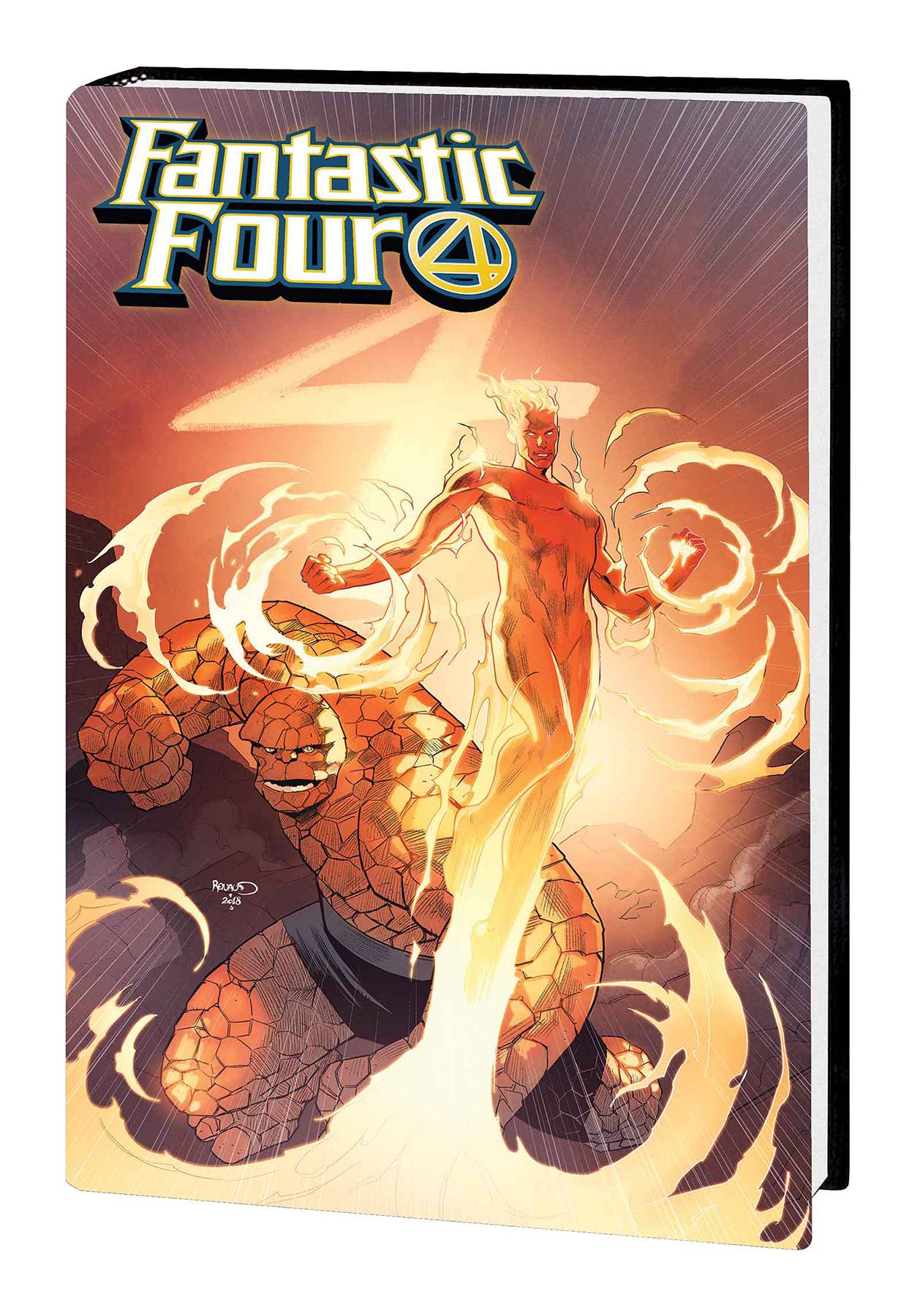 #
MAR210692
(W) Chip Zdarsky (A) Jim Cheung, More (CA) Paul Renaud
With their family torn apart, the Thing and the Human Torch are the Fantastic Two! The world mourns Reed and Sue Richards, missing and presumed dead. Meanwhile, something is wrong with Johnny Storm, and only Ben Grimm can help him! But what monumental secret has Doctor Doom been hiding - and how will it completely change Ben and Johnny's lives?! Things go multiversal as the Thing and the Torch look for answers to their family tragedy on other worlds - but they'll end up powerless and lost, fighting to survive in a savage wasteland! The Thing allies himself with an old enemy in brand-new armor - and get ready for the two-in-one team-up that everybody has been waiting for! But will Ben and Johnny discover the true fate of the Four? Collecting MARVEL 2-IN-ONE (2017) #1-12 and MARVEL 2-IN-ONE ANNUAL (2018) #1.
Rated T
In Shops: Sep 08, 2021
SRP: $39.99