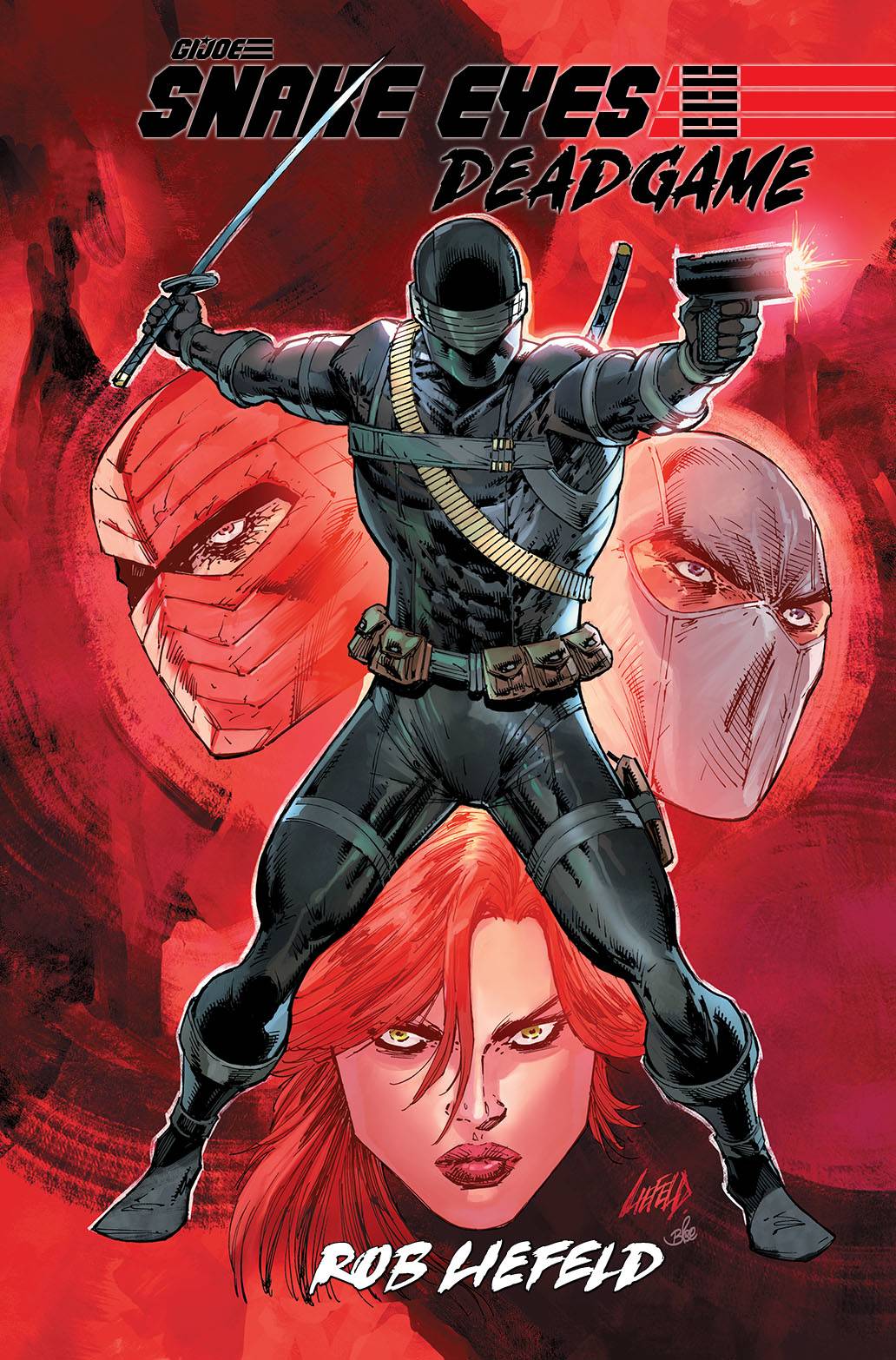 Snake Eyes has long been the most mysterious member of the G.I. Joe team, but now he'll finally be forced to play his hand! How long can he keep his past classified... and what deadly secrets will come back to haunt him? The Joes' silent ninja finds himself in a race against time... and against Storm Shadow. There will be only one winner, but there's no limit on those who fall to-the Deadgame! Will Snake Eyes get a lucky roll? Or has his luck finally run out?

Deadpool and X-Force creator Rob Liefeld brings his signature action-packed style to the world of G.I. Joe in one of the most riveting Snake Eyes' stories ever!
In Shops: Aug 18, 2021
SRP: $19.99