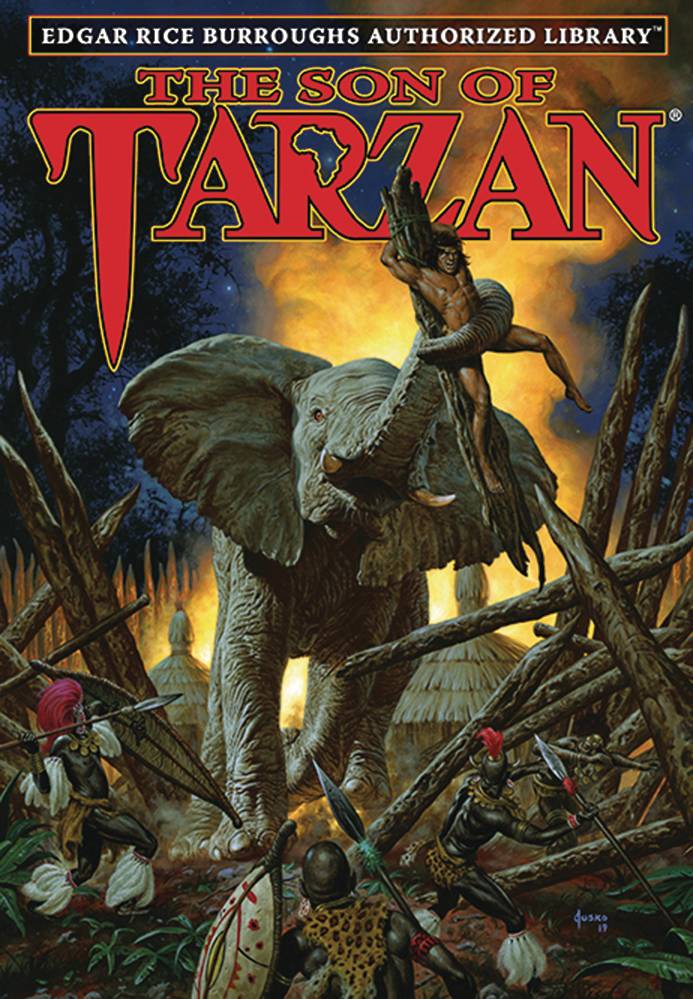 #
MAR201851
(W) Edgar Rice Burroughs (A/CA) Joe Jusko
Unaware of his father's savage past, Tarzan and Jane's young son Jack becomes captivated by Ajax, the star of a trained ape act. Ajax - actually Tarzan's longtime friend Akut - has been brought to London by Tarzan's old enemy Alexis Paulvitch, who hopes to wreak vengeance on the ape-man. After killing Paulvitch in self-defense, Jack and Akut flee to Africa, where they assume the wild life of Jack's mighty sire. Growing to manhood in the jungle, the Greystoke heir earns the name Korak the Killer, and befriends Meriem, an Arab waif rescued from a life of torment in her adoptive father's village. The couple's idyllic jungle life is challenged by the arrival of evil men, whose schemes to separate the pair-and the ensuing perils-only strengthen Korak and Meriem's bond.
In Shops: Aug 12, 2020
SRP: $29.95
View All Items In This Series