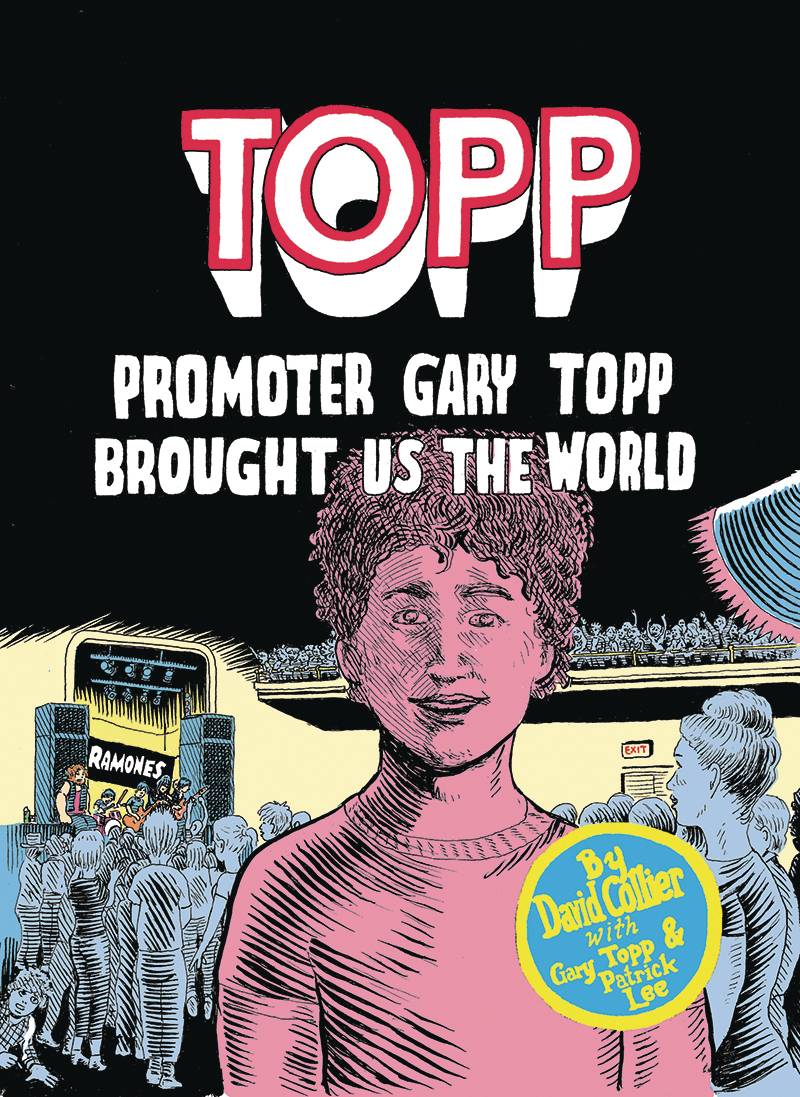 #
MAR201803
(W) David Collier (A) David Collier
David Collier's latest graphic novel explores his involvement in the cultural landscape of Toronto in the 1970s and 80s, specifically focusing on the life of Gary Topp, a concert promoter and founder of the pioneering Canadian repertory cinema. Topp emerged from an immigrant background, abandoned the family textile business, and became an influential figure in the lives of an entire community. Though outspoken and opinionated, Topp inspired love and devotion, not only in those who worked for him, but also in the acts he booked-including the Ramones, The Police, and the Dixie Chicks.
In Shops: Jun 24, 2020
SRP: $20.00