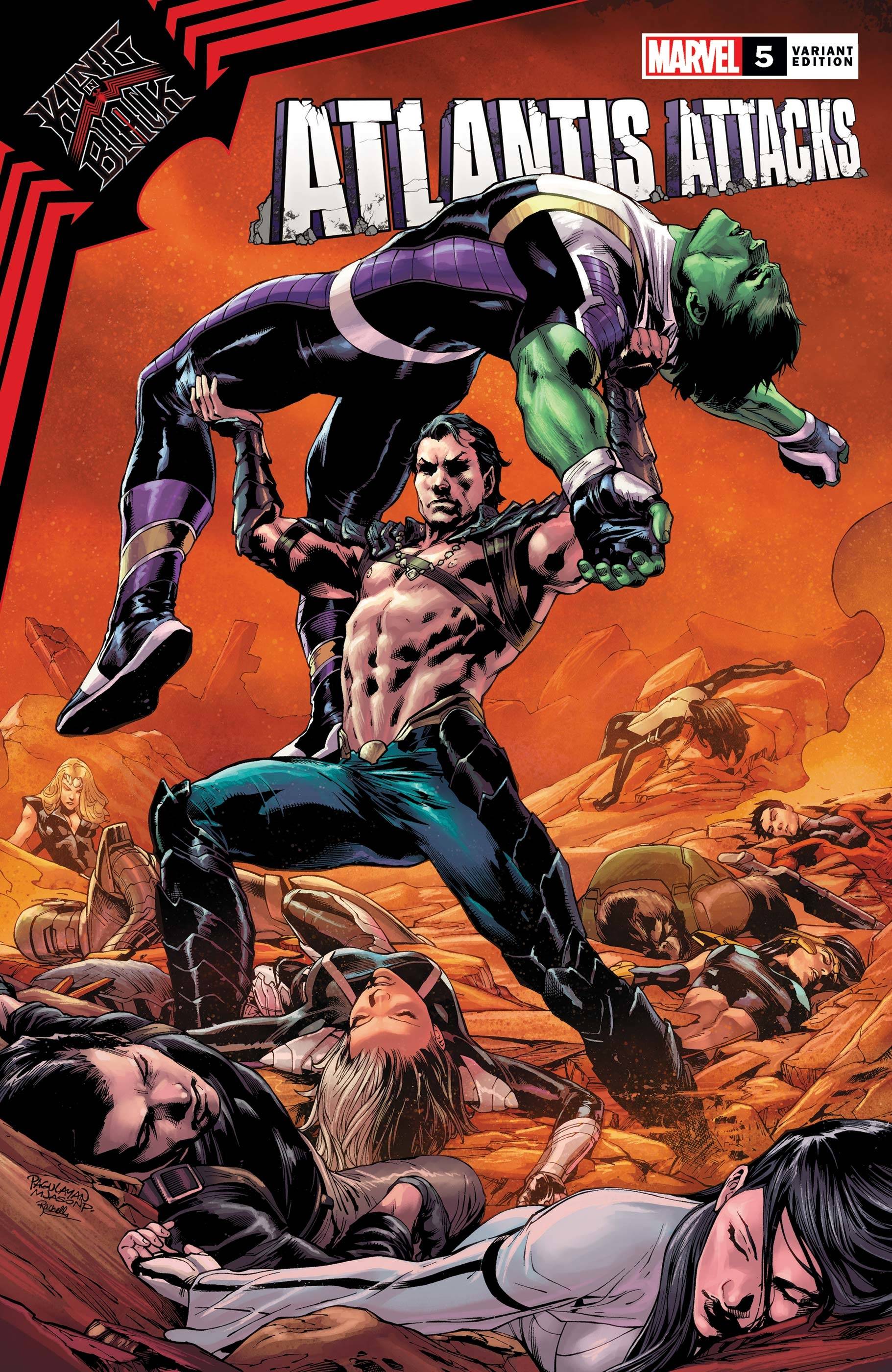 #
MAR201037
(W) Greg Pak (A) Ario Anindito (CA) Carlo Pagulayan
TRAGEDY AND TRIUMPH!
•  As the clash between the ATLANTEANS, the SIRENAS and the interdimensional PAN reaches its terrible climax, an empire will triumph and an empire will fall!
•  But you might be shocked to find out which of our heroes and villains ends up where! Will AMADEUS step up to JIMMY WOO'S challenge and lead both AGENTS OF ATLAS teams toward power and glory in this new world? Or will the dream of communities united in the PORTAL CITY OF PAN all come crashing down?
•  Who will wear the crown? Whose word and heart will break? The fate of Atlas and the world hangs in the balance!
Rated T+
In Shops: Dec 02, 2020
SRP: $3.99
View All Items In This Series