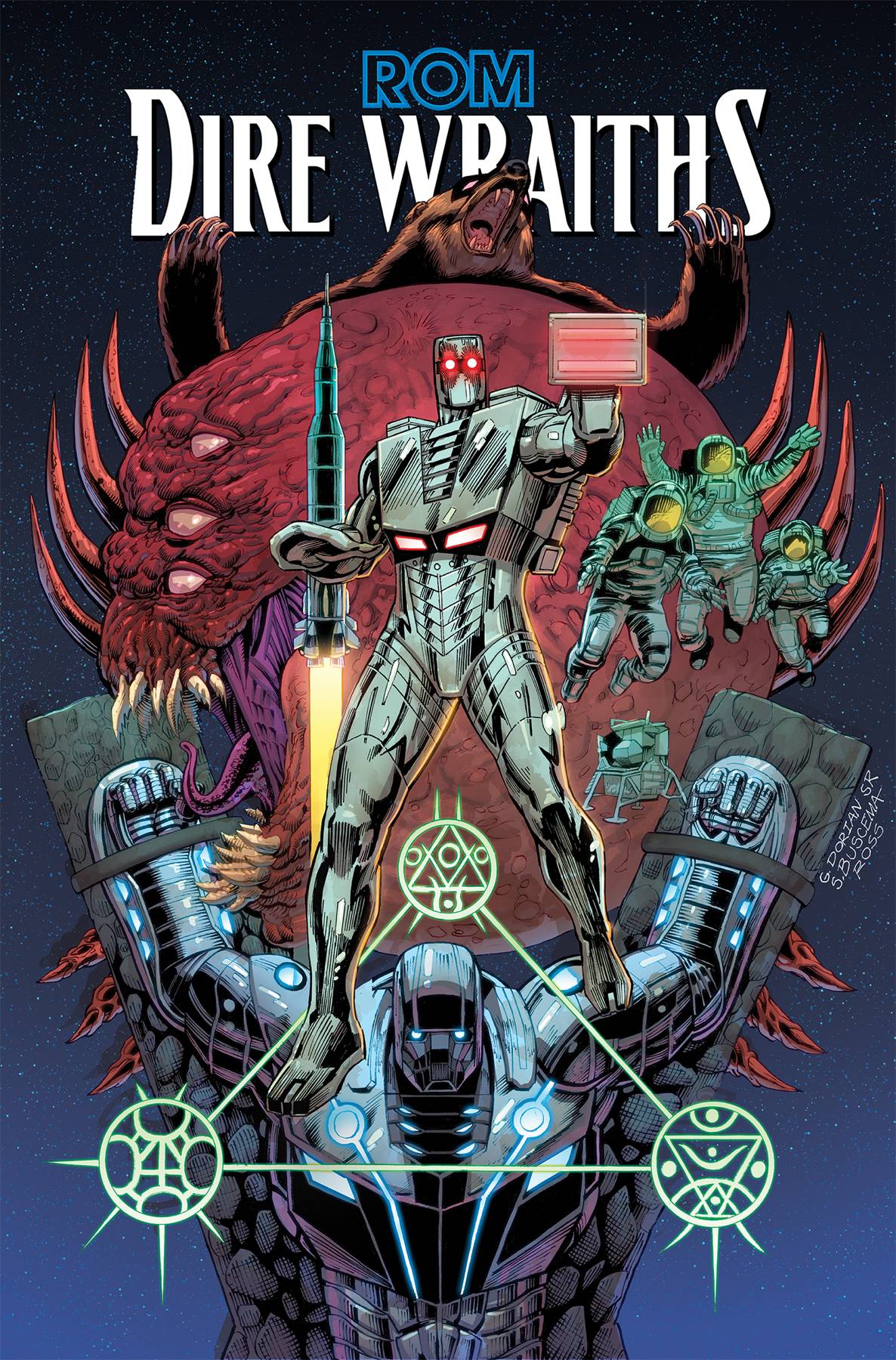 #
MAR200806
(W) Chris Ryall (A) Guy Dorina Sr., Sal Buscema (A/CA) Luca Pizzari
July, 1969. Neil Armstrong and Buzz Aldrin are about to become the first humans to set foot on the moon, but something inhuman is waiting for them!
Seeking to conquer everything in their path, the Dire Wraiths wield powerful dark magic and can infect other creatures transforming them into more of their kind. The only thing powerful enough to oppose them is Rom the Spaceknight. But, with Rom nowhere in sight, can even the Earth Corp help prevent one giant leap for Wraithkind or is there no way to stop an invasion of Earth? Only the crew of Apollo 11 and some unexpected guest-stars stand in their way! Plus, a special back-up story with art by Guy Dorian, Sr. and Rom legend Sal Buscema!
In Shops: Oct 28, 2020
SRP: $15.99