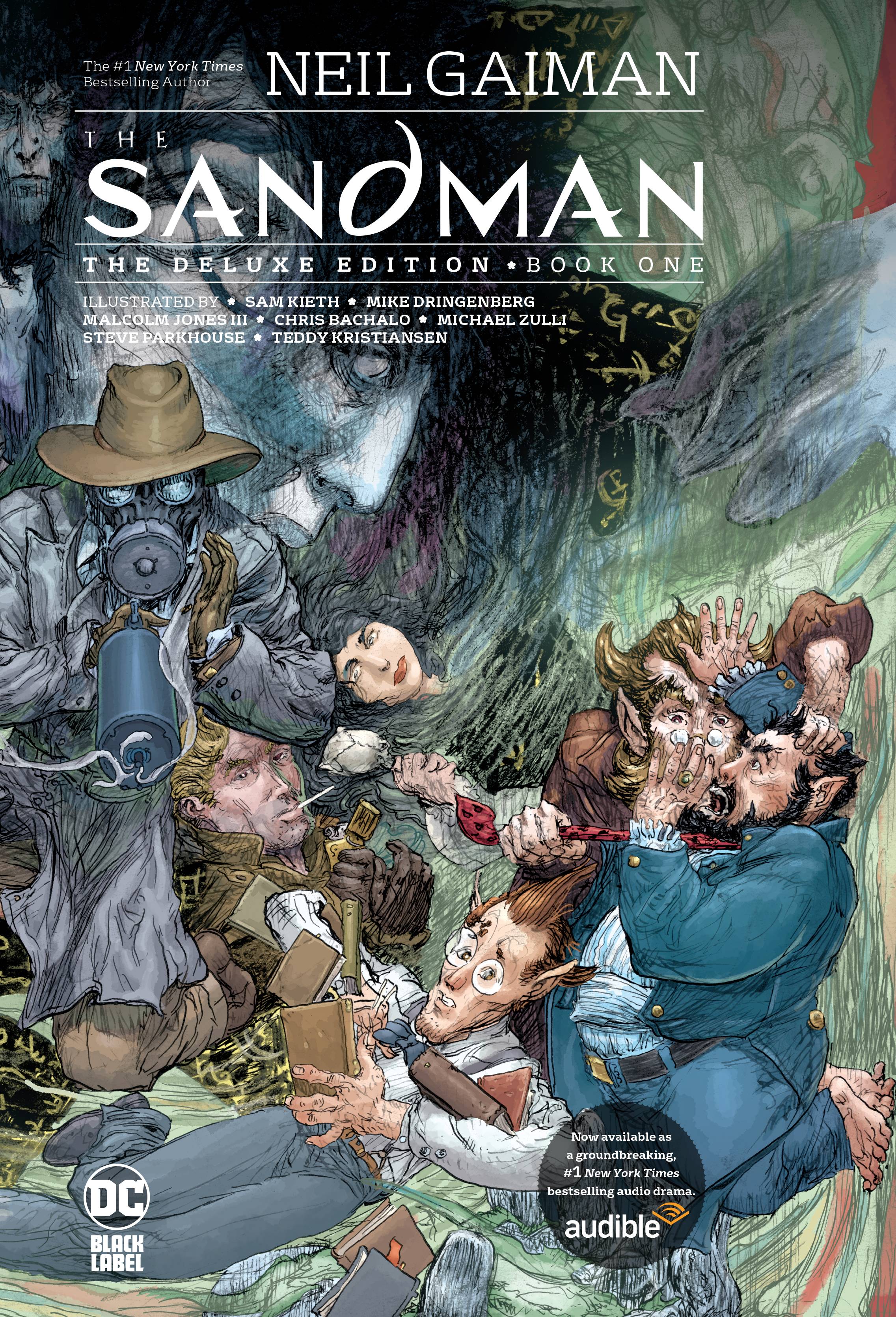 #
MAR200665
(W) Neil Gaiman, Matt Wagner (A) Sam Kieth, Mike Dringenberg, Chris Bachalo, Michael Zulli, Teddy H. Kristiansen, Others (CA) Dave McKean
The first volume of The Sandman is collected for the first time in a deluxe edition!
As the story begins, an occultist attempting to capture Death to bargain for eternal life traps her younger brother Dream instead. After his 70-year imprisonment and eventual escape, Dream, also known as Morpheus, goes on a quest for his lost objects of power. On his arduous journey, Morpheus encounters Lucifer, John Constantine, and an all-powerful madman. Collects The Sandman #1-16 and Sandman Midnight Theatre #1, featuring the one and only meeting of Morpheus and Wesley Dodds, the Golden Age Sandman.
In Shops: Oct 07, 2020
SRP: $49.99
View All Items In This Series