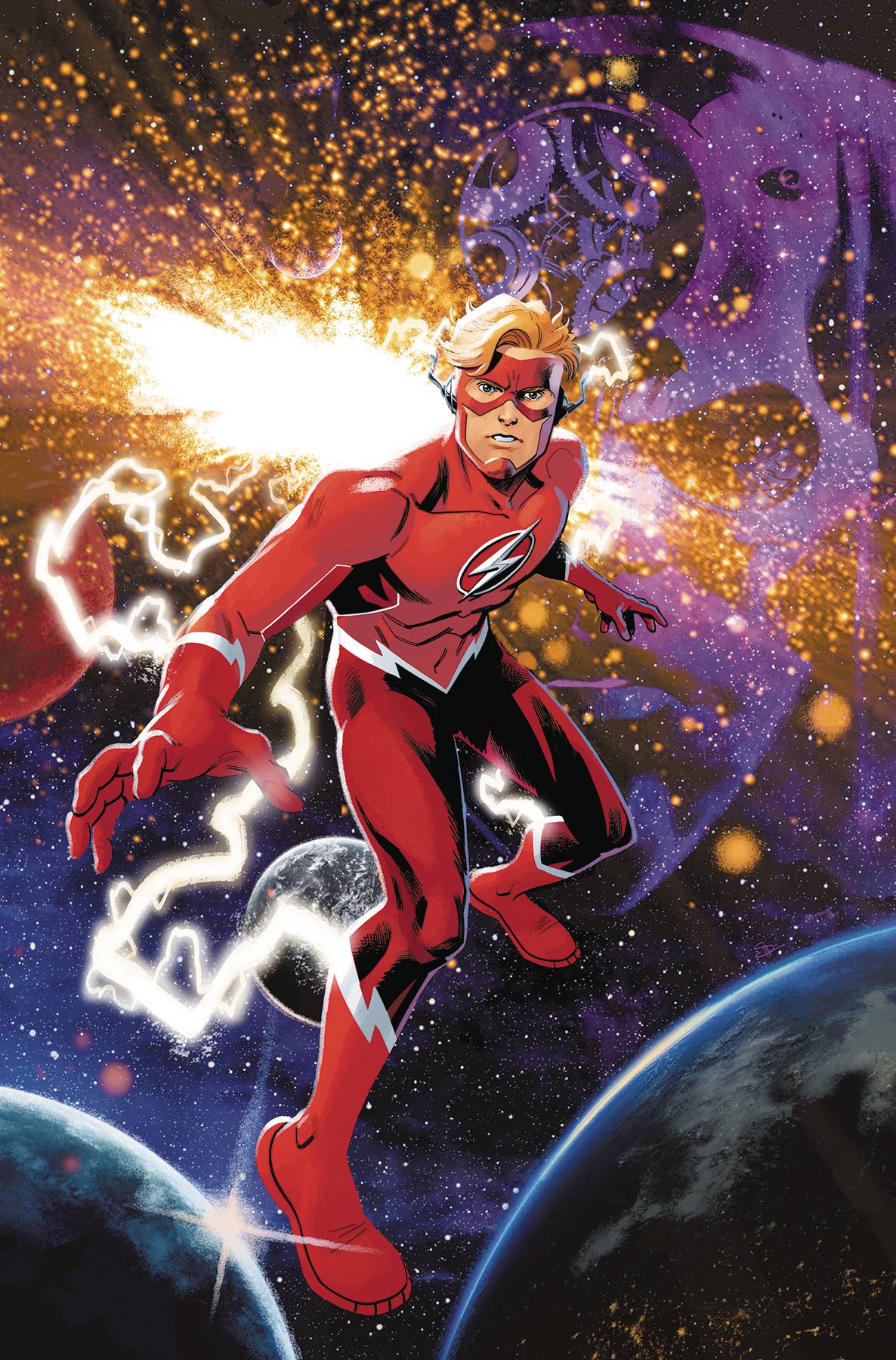 #
MAR200642
(W) Scott Lobdell (A) Brett Booth, Norm Rapmund (CA) Evan Shaner
His name is Wally West-and he was the Fastest Man Alive. That is, until the Multiverse was rewritten without him or his family in it. Wally returned and tried to make it work, but the damage was done. Spinning out of the events of Heroes in Crisis, follow the man who called himself Flash on an adventure to find redemption in a cosmos that has fought so hard to destroy him. Our hero must overcome his greatest fears, regrets, and anger to do what's right. But what's right is the hardest thing anyone would ever imagine doing...letting go. Collects Flash Forward #1-6.
In Shops: Jul 08, 2020
SRP: $17.99
ORDER WISH LIST