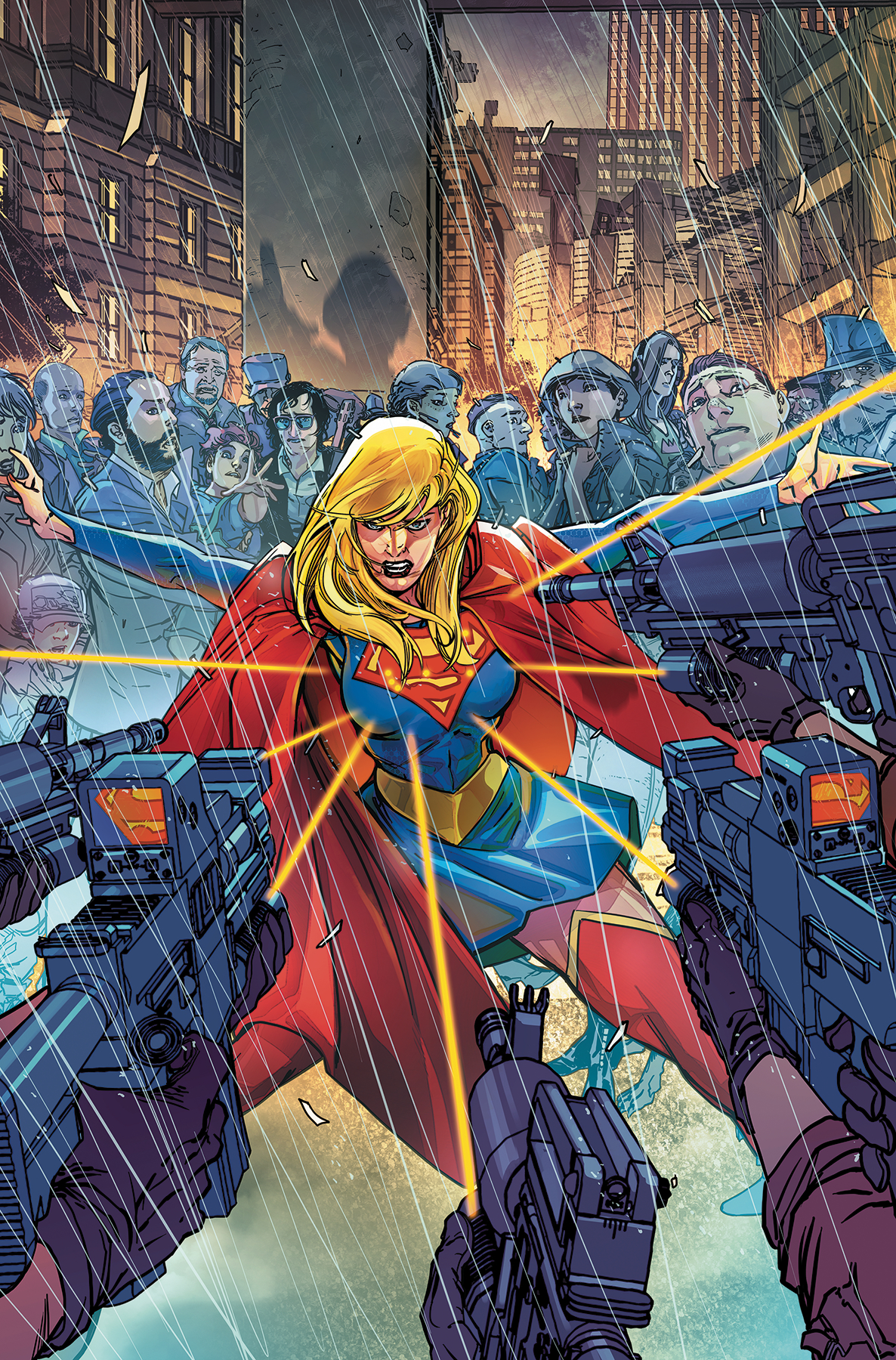 MAR200568
(W) Jody Houser (A) Rachael Stott (CA) Carmine Di Giandomenico
Deemed a threat by the U.S. military, Supergirl is now a wanted villain! General Corvid has come for our hero-and she won't give up until Kara's gone for good. Meanwhile, the superstorm rages stronger than ever, while hundreds remain helpless against it. Can Supergirl prove that she's the hero the people once believed her to be? Or will she let everyone down-including herself? Find out in the pulse-pounding series conclusion!
In Shops: May 27, 2020
SRP: $3.99
View All Items In This Series