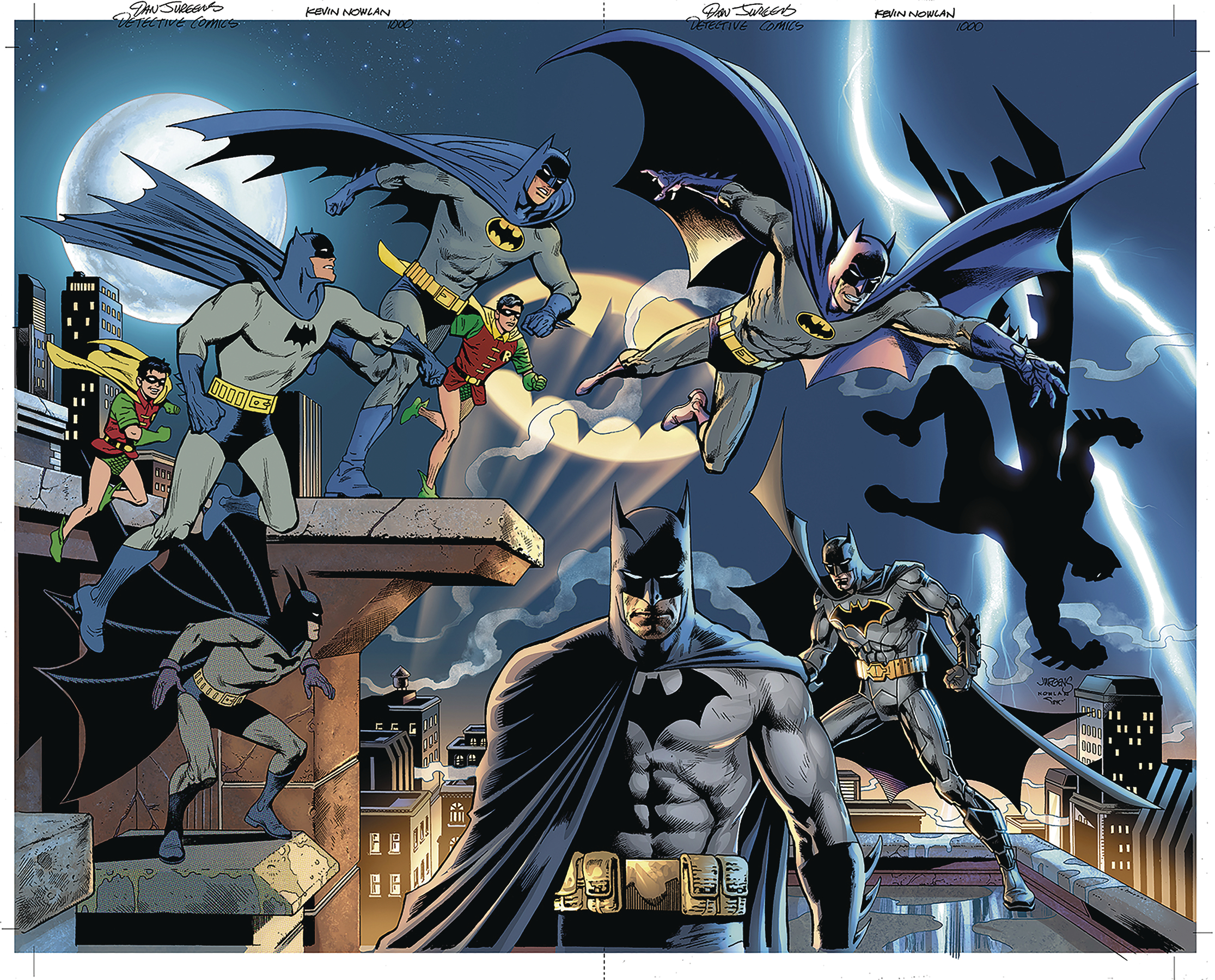 MAR191704
After 80 years, it's here-the one thousandth issue of DETECTIVE COMICS, the title that literally defines DC! This 96-page issue is stacked with an unbelievable lineup of talent that will take you on a journey through Batman's past, present and future...plus a sensation epilogue that features the first-ever DC Universe appearance of the deadly Arkham Knight! But who is under the mask? And why do they want Batman dead? The incredible future of Batman adventures begins here! As a Dynamic Fan, you HAVE to go for the Gold!  And who better as a creator to sign the Elite Gold Signature Series?  None other than one of the most popular artists consistently of the last 30 years - THE Jim Lee!!  A really great way to Celebrate Batman's 80th Anniversary on the milestone issue - Detective #1000! FINAL COVER MAY VARY. ALLOCATIONS MAY OCCUR.
In Shops: TBD
SRP: $299.99