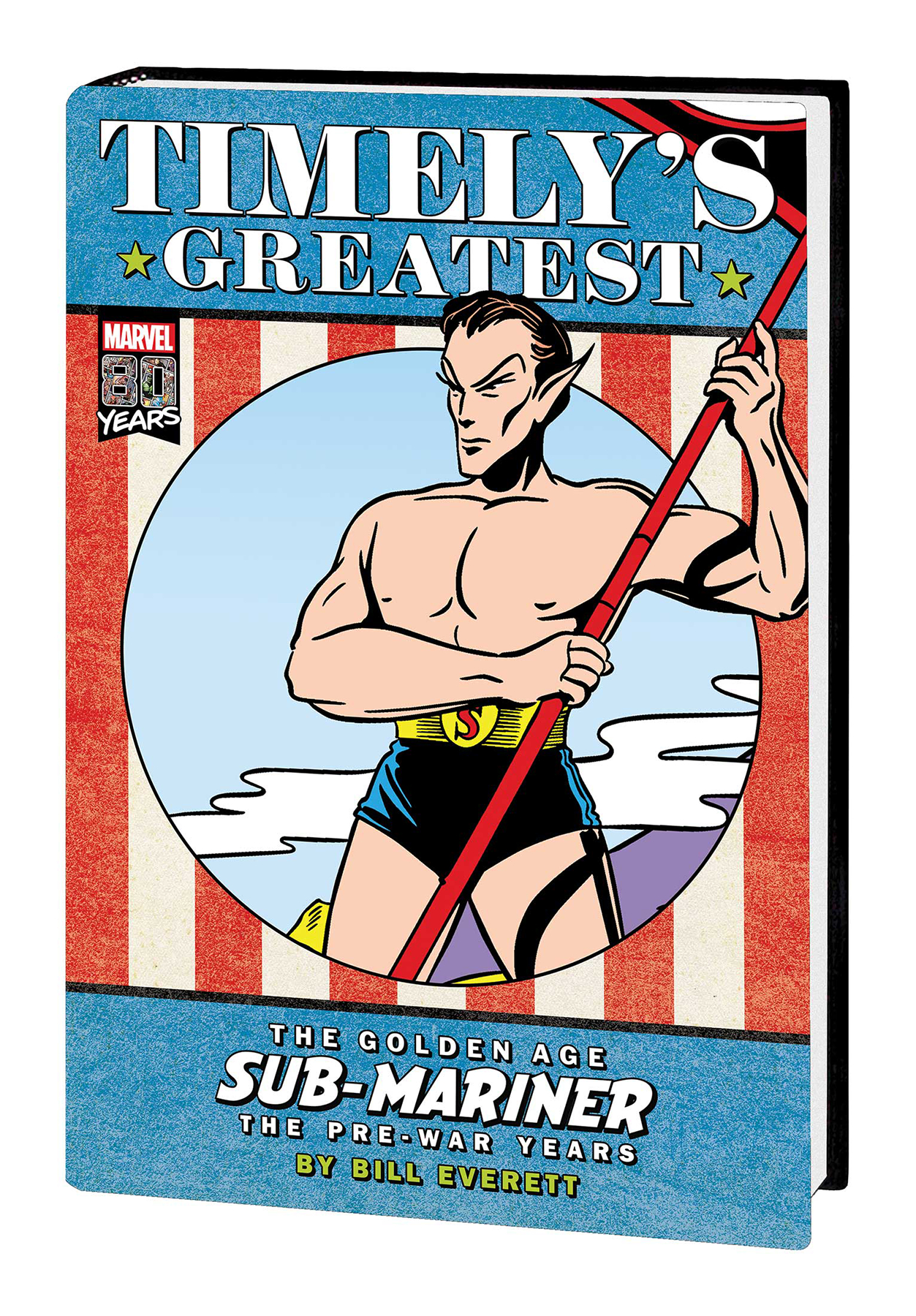 MAR190994
(W) Bill Everett, Carl Burgos, John Compton (A) Bill Everett, Carl Burgos
Marvel proudly presents TIMELY'S GREATEST, a series of once-in-a-lifetime volumes presenting the greatest stories of the Golden Age, when Marvel was known as Timely Comics! Our debut volume celebrates the incomparable adventures of comics' first antihero, Prince Namor, the Sub-Mariner! Bill Everett's Sub-Mariner cut a bold path, defending his undersea kingdom, invading New York City, fighting the Axis powers and battling both against and alongside the Human Torch! Like his signature character, Everett was an iconoclast ahead of his time. His lush, detailed artwork and engrossing ongoing storylines were unlike anything else of the era! For the first time ever, experience every adventure of Prince Namor from his 1939 debut through Bill Everett's February 1942 induction into the armed services. Collecting material from MARVEL COMICS #1, MARVEL MYSTERY COMICS #2-31, HUMAN TORCH COMICS #2-6, SUB-MARINER COMICS #1-4, ALL-WINNERS COMICS (1941) #1-4, DARING MYSTERY COMICS #7-8 and COMEDY COMICS (1942) #9.
Rated T
In Shops: Sep 04, 2019
SRP: $150.00