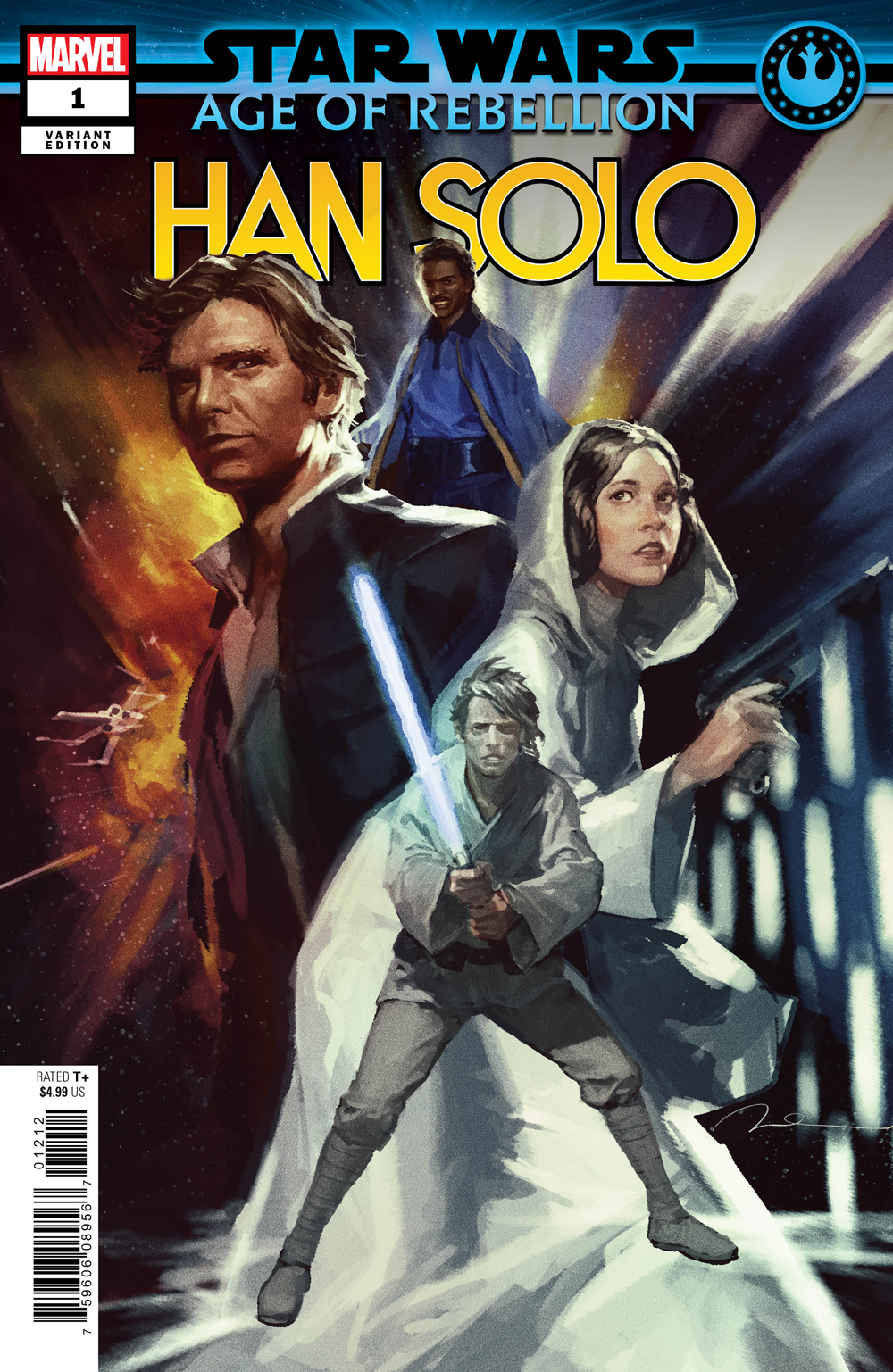 MAR190971
(W) Greg Pak (A) Chris Sprouse (CA) Gerald Parel
THE SCOUNDREL'S CODE!
•  After helping destroy the DEATH STAR, HAN SOLO's ready to cash in his reward and return to life as a scoundrel.
•  But when LUKE SKYWALKER asks for one last favor, Han gets pulled into a rebel mission that might wreck all of his plans.
•  Co-starring CHEWBACCA and introducing AKKO, an old friend who might actually out-scoundrel Han himself!
Rated T
In Shops: May 01, 2019
SRP: $3.99